Awoniyi’s Transfer To Cost CSKA £15m From Liverpool, Before July Runs Out 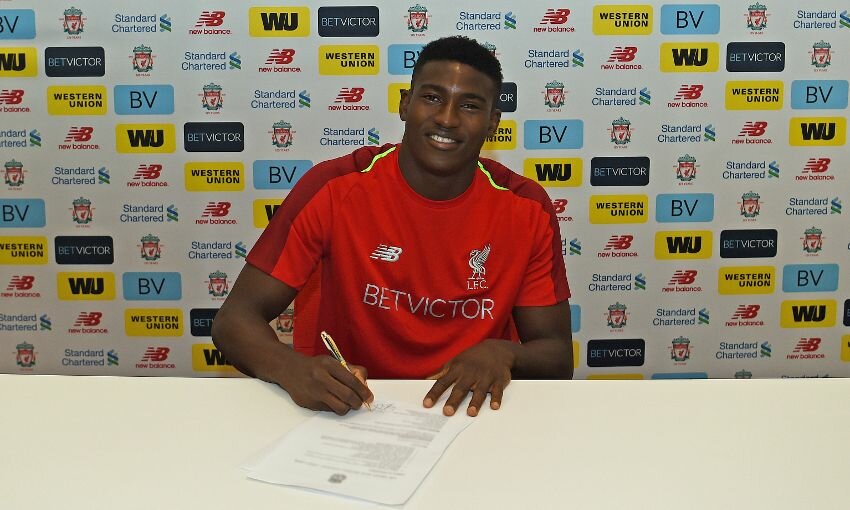 Royal Excel Mouscron of Belgium striker, Taiwo Awoniyi could be on his way to CSKA Moscow of Russia for a mammoth £15m fee this summer, as his parent club, Liverpool of England are eager to offload him for a hefty pay day, which could happen as early as this week.

Megasportsarena.com reports that information on offer out of Merseyside indicates that Liverpool are set to finally sell Awoniyi this summer, after he failed to get into their main team since signing his first contract with the Anfield club in 2015, but has played on loan at SV Frankfurt of Germany, NEC Nijmegen of Holland and KAA Gent of Belgium before excelling in two spells with Mouscron.

The Liverpool Echo says CSKA, who once had the Nigerian duo of Ahmed Musa and Aaron Samuel Olanere on their cards, have become the latest team to inquire about the 21-year-old Awoniyi, who is also a target for a number of other European clubs, despite having never played any game with The Reds due to UK work permit issues.

Awoniyi was most recently on a second loan spell at Mouscron, where he scored 11 goals and got three assists in 16 appearances after making a return in January from Gent, following a torrid first part of the season.

With Awoniyi making the best of his return to Mouscron, he has caught the eye of several leading clubs in Central Europe, but CSKA appear to be leading the queue, as they are willing to pursue a permanent deal.

The Armymen have been boosted in their pursuit of Awoniyi, who they have been tracking since his days with Nigeria’s youth national teams, on the strength of reports that Liverpool are open to another loan move, though they would prefer to sell him outright for £15m.