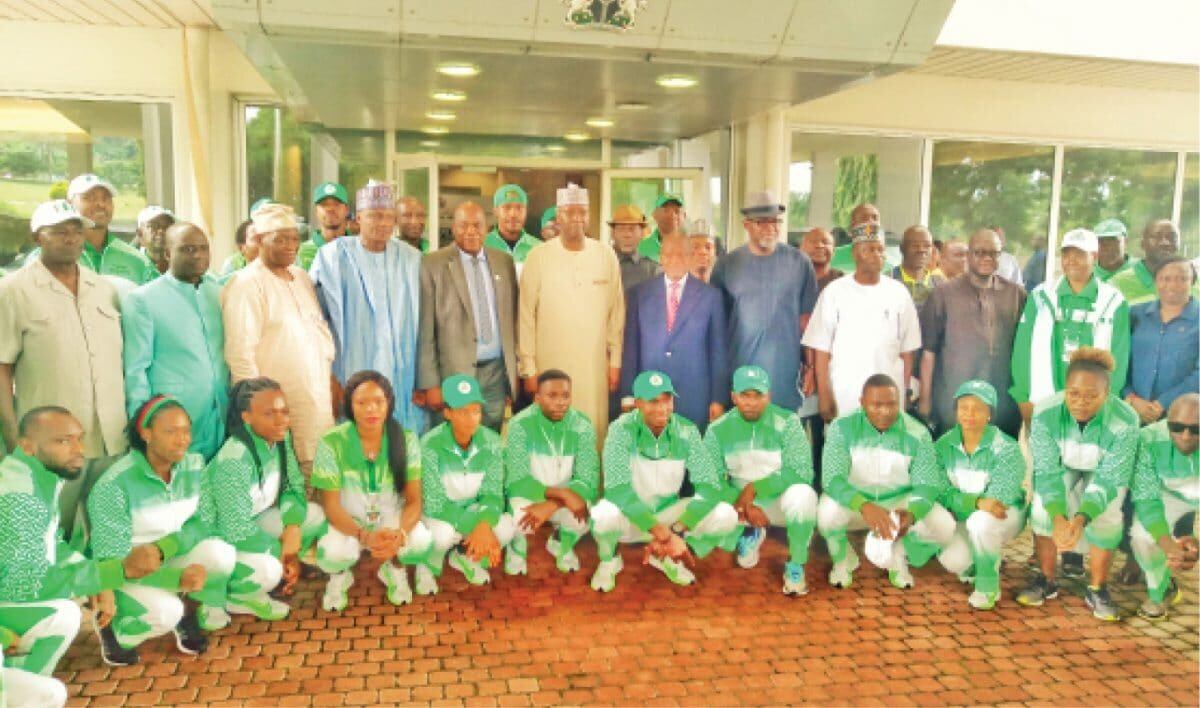 Nigeria again settled for second place at this year’s Africa Games in Rabat, Morocco, after the delegation garnered a total of 127 medals at the end of events at the 12th edition of the continent’s multi-sports gathering on Saturday.

Team Nigeria ended Day 15 on a high, as the country’s medals’ haul increased to 46 gold, 33 silver and 47 bronze at the end of proceedings, but Egypt occupied first spot with 102 gold medals, while South Africa finished third with 36 gold medals.

Megasportsarena.com can report further that, overall, Nigeria won 46 gold, 33 silver and 127 bronze, with weightlifting producing the highest number of medals for the country – with 16 gold, 13 silver and 18 bronze.

Sade Olatoye was Nigeria’s only individual gold medalist on the last day, as she emerged top in the women’s shot put, in which her first-round attempt of 16.61m was good enough for the precious diadem.

It was Olatoye’s second medal of the Games, having won bronze in the hammer throw, while Nnamdi Chinecherem won bronze in men’s javelin with a distance of 73.24m for Nigeria, which also won gold in women’s football and silver for the men, as taekwondo gave one gold and five bronze, gymnastics got one gold and two bronze, 3×3 basketball had a gold and bronze, with karate also adding a bronze medal.

Egypt emerged top on the medal table with 102 gold, 98 silver and 73 bronze, to finish with a total of 273 medals, as the curtain fell on the 12th African Games after 15 days of intensive competition in Rabat, Morocco.