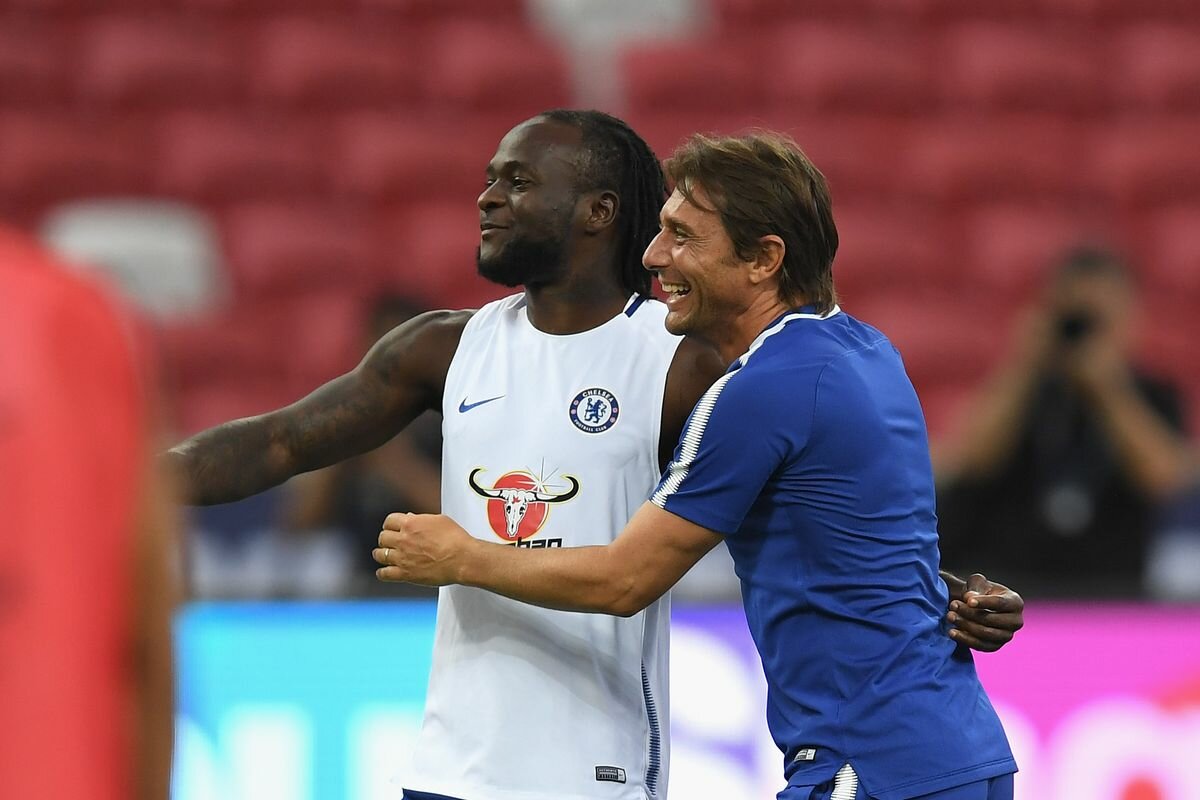 Former Super Eagles’ winger, Victor Moses has confessed that he has a strong desire to keep playing under his favourite coach, Antonio Conte at Inter Milan of Italy, hence his determination to ensure he does not leave the Sere A club this summer, megasportsarena.com reports.

Although he seemed to have fallen out of favour with the club before the season was forced to go on break by coronavirus, Moses, who s on loan from Chelsea of England, insists he is enjoying his stay in Milan.

This comes at a point additional information hints that Chelsea risk pricing Moses out of a full deal with Inter, as London Evening Standard disclosed that the star’s proposed permanent move has hit a stumbling block.

A fresh ray of hope, though, indicates that Inter’s coach, Antonio Conte is determined to sign Moses this summer, despite the 29-year-old having endured a shay season-long loan spell with the team, but The Nerazzurri’s top brass are refusing to pay a hefty fee for the former Super Eagles star, whose Chelsea deal expires in 2021.

Incidentally, Chelsea have indicated their readiness to sell him this summer and though their price of £8m appears steep for Inter, the development has created room for Moses to welcome suitors in the coming days, but the former Crystal Palace and Wigan Athletic of England star says his only thought is on a full contract at The San Siro.

With that in view Moses is again singing lofty songs for Conte, who he described as the best manager he has played under, while equally haling his teammates and fans for creating a cordial atmosphere for him in the club.

Although he has been able to play in only nine games since joining The Nerazzurri on loan from Chelsea in January, Moses, who had a similar deal n the first half of the season at Fernebahce of Turkey, says he is enjoying life in Milan and he wants to stay with Conte beyond this summer.

In order to prove his seriousness about cementing his spot n the squad Moses was among the early bards in training, as he joined the club’s African legion in drills under the watchful eyes of Conte on Monday, with the team stepping up sessions ahead of the Serie A resuming in June.

Fortunately for him, Moses will now have more time to train and prepare for the run-in, as officials have revealed that the Serie A will not be able to restart before Monday, June 15, due to a decree from the Italian government banning all competitive sports events until June 14.

Italy’s Prime Minister, Giuseppe Conte signed off a decree on Sunday banning any event and sporting competition of any order and discipline until June 14, a measure that has now been echoed by Italian Football Federation (FIGC).

The FGC took note of the suspension of events and sporting competitions, in private or public places, until June 14, 2020, and prolonged the suspension of activity until June 14, which means Moses has time to play himself back into Conte’s good boo, even as he eulogised the Italian gaffer, who he described as the most important coach so far in his career.

Moses told The Nation: “I have played under a lot of managers and I’ve loved every single one of them. The most important one was Antonio Conte. At Chelsea he just came in and changed everything. He is an amazing man; he totally changed my game to be honest.

“He gave me that fighting spirit to believe in myself and to enjoy my football same time. And then when he came that first season, we won the league, the following season we won the FA Cup. Having the opportunity to work with the coach again is something I’m really happy about. I’ve spoken to him and he’s already explained the club’s project to me.

“I want to be part of it, I’m happy to be here. I’ll give my all and want to help the team. There’s a lot of quality here, I want to make my contribution out on the pitch and enjoy myself. That’s the most important thing. For me to be here and be an Inter player.

“I’d like to thank everyone for the welcome I’ve been given, I can’t wait to be back on the pitch of play. It seems like a nice city, I’ve liked what I’ve seen up to now. I think I’ll enjoy it here and we’ll have a great future together.

“I have positive feelings. I’m going to need time to find my feet but I want to help the team win as many games as possible. We’ll do all that we can to achieve our objectives and make our fans proud.”