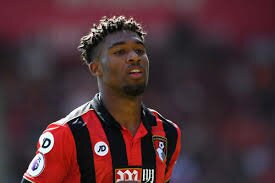 Bournemouth of England winger, Jordon Ibe has found a long history of poor discipline and ugly moments in his days with the English Premier League club coming back to haunt him, as his past record of misdeeds is being touted among reasons why The Cherries have opted to release him, megasportsarena.com reports.

In the wake of confirmation that Ibe will officially leave the club on July 1, fresh feelers indicate that a recent driving ban handed him after he rammed his car into a shop late at night sometime last year as well as running foul of coronavirus restrictions some weeks back are now playing out against hm.

The club have already confirmed that Ibe will leave officially at the start of July 1, even if the current season cannot be completed, due to coronavirus, with the top brass affirming that the Nigerian-born winger, who joined them from Liverpool in a £16m deal in 2016, will not be offered an extension to remain for the conclusion of their final nine games of the season.

This is in consonance with an interpretation by leading sports lawyer, Nick de Marco QC, who says clubs cannot stop players walking away when their contracts finish at the end of next month, though the EPL conceded that teams can negotiate new short-term deals until the end of the season for anyone facing this dilemma, but The Cherries are not giving Ibe any soft landing.

It marks a continuum of the difficult time he has faced at Bournemouth, where he struggled to cement a place in Eddie Howe’s first team, but scored only three goals in 44 games across almost four seasons, and the 24-year-old is now one of seven players out of contract on June 30, along with Ryan Fraser, Charlie Daniels, Andrew Surman, Simon Francis, Artur Boruc and Brad Smith.

The once-promising lad, who is being investigated by the club for breaching coronavirus social-distancing measures, after posting an image on social media of him getting a haircut, last played for Bournemouth in September and was not among the 40 players on their list for fresh tests.

Three weeks ago, Ibe revealed he is in rehabilitation to improve his mental health and become a better person after ‘making poor judgments and, although he later deleted the picture of hs haircut from his Instagram account, he is still bound to face disciplinary action.

This is just under six months after he issued a public apology and confirmed that he had sought help after being stopped by police while driving without a license; but his past is now working against him, as a Bournemouth spokesman said: “We are aware of a social media post made by one of our players. We have launched an internal investigation, the outcome of which will remain confidential.”

Ibe later said sorry for the incident and declared in a statement: “I didn’t think it through and I apologise. I made sure to wear protective equipment but I didn’t realise it was in breach of the guidelines. There wasn’t any intent to disobey the guidelines and as soon as it was brought to my attention, I took the post down immediately.”