Chukwueze ‘Feels Good’ Getting Back Into Training With Villarreal Pals 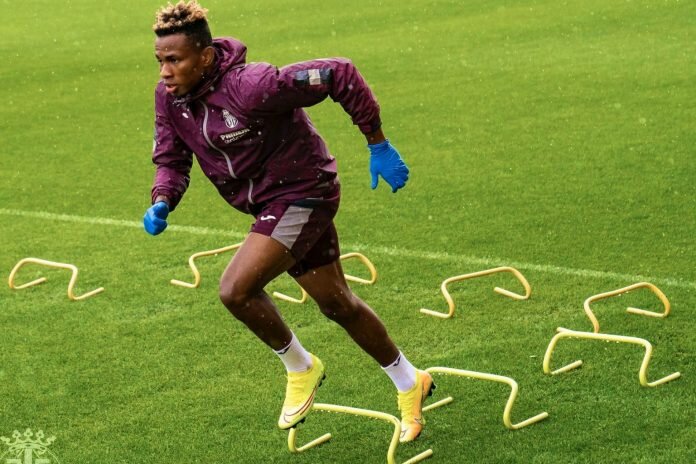 Villarreal of Span winger, Samuel Chukwueze has disclosed that he had a really good feeling the moment he got back into full team training with his colleagues at The Yellow Submarine, as he says he missed them all during the period they all stayed at home on account of lockdown rules put n place to curtail the spread of coronavirus n the country, megasportsarena.com gathered.

The lockdown lasted for almost two months, during which time all the players stayed away at their respective abodes, with no socialization or gatherings of any form allowed, and Chukwueze admitted it was such a tough time to bare with the boredom and discomfort of that period.

However, with lockdown rules no relaxed across the Iberian nation and action billed to resume in the Spanish LaLiga next month, Chukwueze has expressed excitement with his return to team training with his pals and s now eagerly long forward to the start of competitive matches again.

Although teams are for now only allowed a maximum of 10 players to train together, as they go through a gradual process of easing restrictions and begin preparation for a restart of the season that was suspended in March, Chukwueze is anticipating full-fledged action on June 12.

He will also hope to hit the ground running from the word go, as the 20-year-old Super Eagles’ ace had scored only three goals in 26 appearances before the season was discontinued and he took to social media to reveal that he is excited to get back into full training with his teammates.

Chukwueze reacted with glee after returning back to training with Villarreal ahead of La Liga resumption next month with Villarreal are currently sitting eighth in the table with 38 points after 27 matches and the winger tweeted: “Good to be back.”