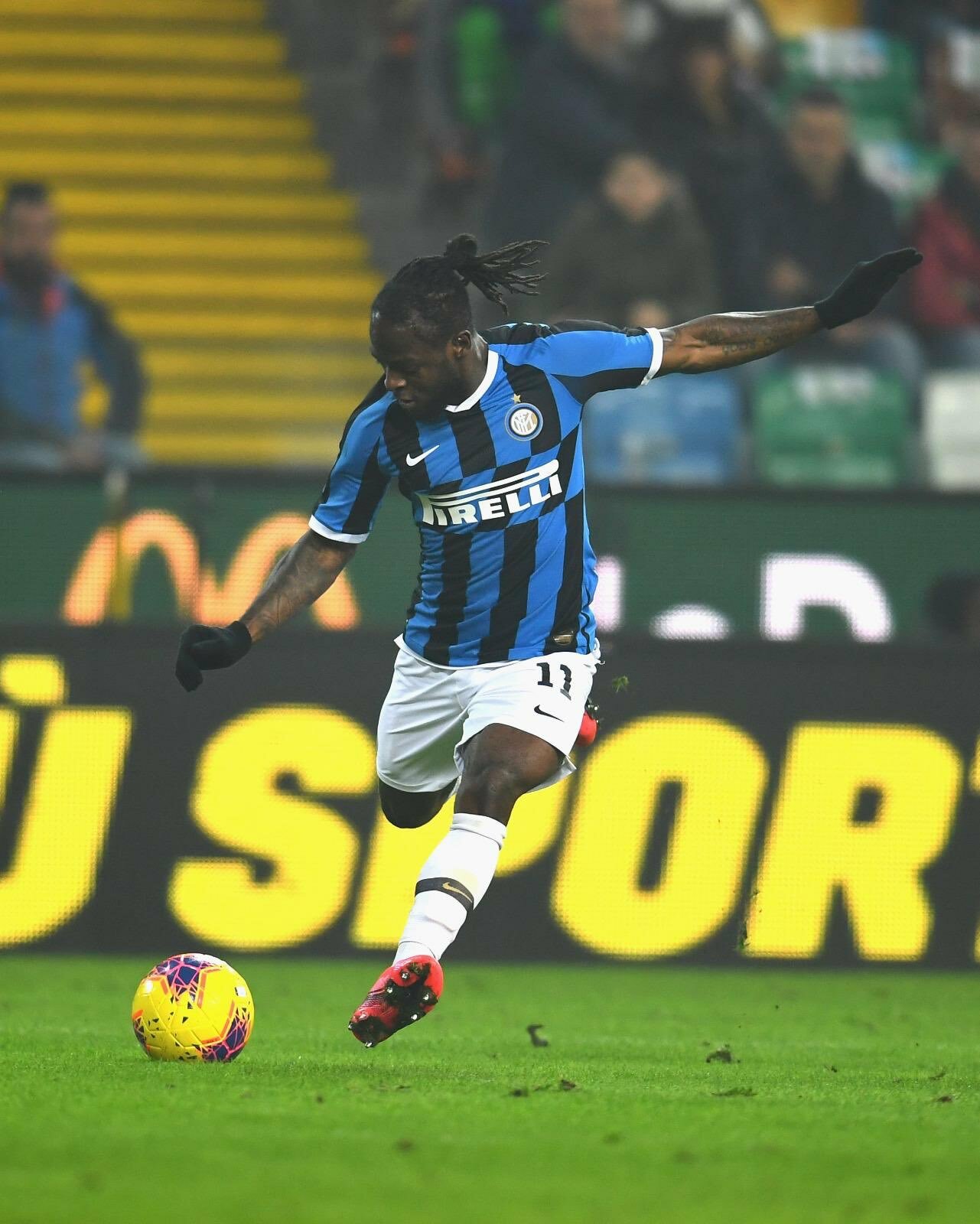 Inter Milan of Italy midfielder, Victor Moses has turned his attention fully towards this weekend’s derby in the Italian Serie A, and urged his teammates to put behind them celebrations of last weekend’s victory over Udinese, megasportsarena.com reports.

Although he admits he was happy to beat fellow-Nigerian, William Troost-Ekong’s side in his first league match since arriving at Inter on loan from Chelsea, Moses, who starred in the first half of this season with Fernebahce of Turkey, stressed that all fucus is now on the derby against AC Milan.

The 29-year-old Moses, who was in action for 83 minutes before his substitution, admitted that pressure from title rivals, Juventus and SS Lazio spurred his side to victory against Troost-Ekong’s team, but went on to urge his colleagues to forget Sunday’s 2-0 win and turn their attention to the upcoming Milan derby at San Siro Stadium.

Inter enter the game as second placed in the Serie A log, with 51 points after 22 matches, three points behind Maurizo Sarri’s Juve and two points above Lazio, such that Moses, who moved to The San Siro in January, on loan from Chelsea for the remainder of the season, said he intends to personally get a bigger mark than he did in his first start last weekend at Dacia Arena.

A second-half brace from Romelu Lukaku fired Inter back to winning ways, after settling for three straight draws in their previous league outings, making it two wins in same number of games for Moses, and he wants The Nerazzurri to keep the momentum going when they host their same-city rivals this Sunday, February 9.

Moses took to social media to reveal his thoughts, as he posted: “Inter must forget Udinese win and focus on Milan derby. We need to immediately concentrate on the match against Milan. It’s a really important fixture and we have the quality to win, both on an individual and team level.

“The team did well; we were expecting a really tough game from the very first minute until the end. We wanted to win, also to respond to Juventus and Lazio’s results which put us under a bit more pressure. The most important thing is to have picked three points. We gave everything and worked well as a team. We need to carry on with this mentality, game after game.”