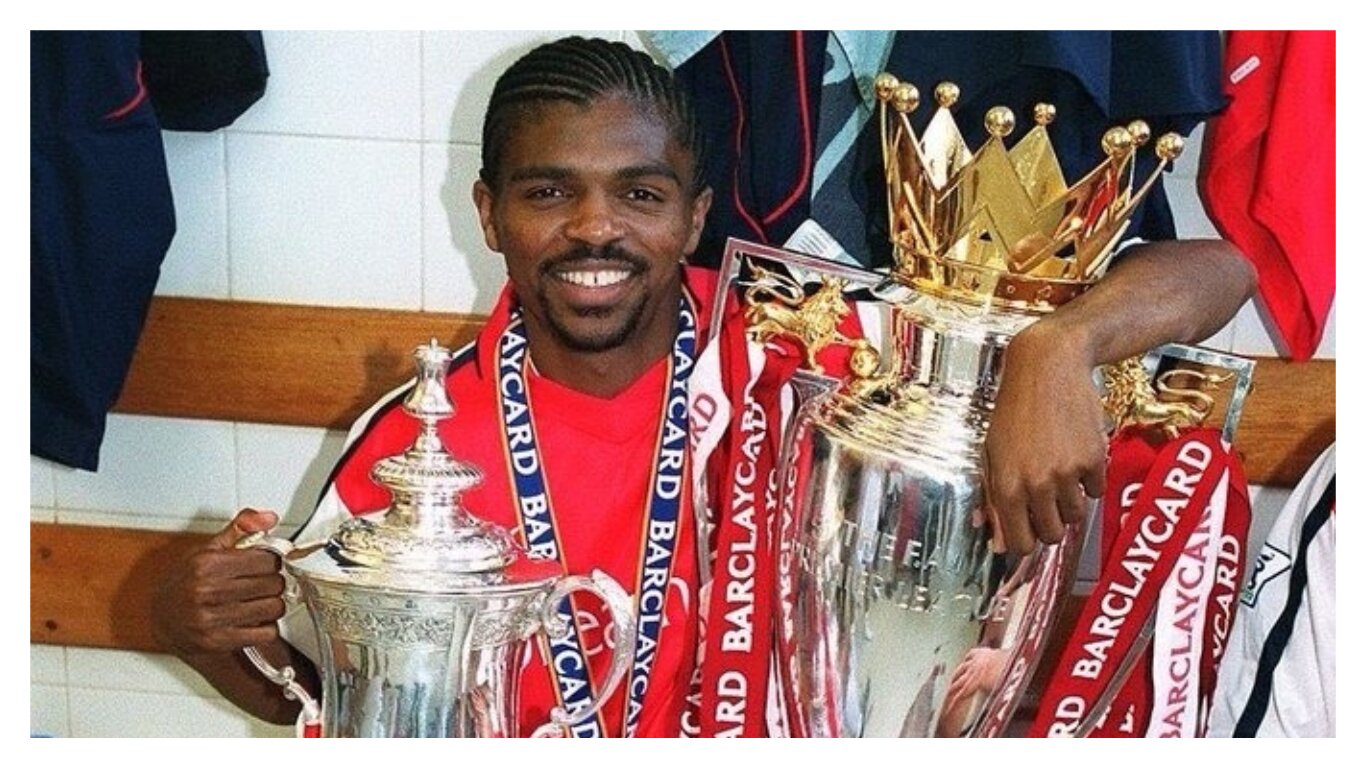 Super Eagles’ ex-captain, Nwankwo Kanu is celebrating the FA Cup victory gained by one of his former clubs, Arsenal of England last weekend, and described it as a special birthday present for him personally, megasportsarena.com reports.

Indeed, The Gunners’ 2-1 victory over London rivals, Chelsea, came on the very day Kanu clocked 44 on mother earth, such that the former Arsenal star, who also played for Ajax Amsterdam of Holland, Inter Milan of Italy as well as West Bromwich Albion and Portsmouth of England, said he is truly excited with Saturday’s feat.

He went on to congratulate the North London club for winning the Cup for the 14th time in their history, which brought back memories of how the lanky star, who spent five years at the north London club, won the trophy on three different occasions – being 2002 and 2003 with Arsenal as well as in 2008 with Portsmouth.

For the 2002 final, Kanu played the last nine minutes against Chelsea and, the following year, he was an unused sub in the win against Southampton, after which he scored the winner that helped Portsmouth defeat Cardiff City in the 2008 edition and he was named man of the match.

Only former Chelsea midfielder, John Obi Mikel, another ex-Eagles’ captain, has won more English FA Cup titles (2007, 2009, 2010 and 2012) than Kanu, but the celebrant of the moment is ‘Papilo,’ who acknowledged how happy he was that The Gunners gave him a day of double celebration.

Kanu took to social media to celebrate Arsenal’s latest trophy with Saturday’s victory against Chelsea, which he disclosed was a lot more special for him because it came on his 44th birthday, and he posted: “Thank you for my birthday 🎂 present 🏆@arsenal #coyg #facup #champion.”