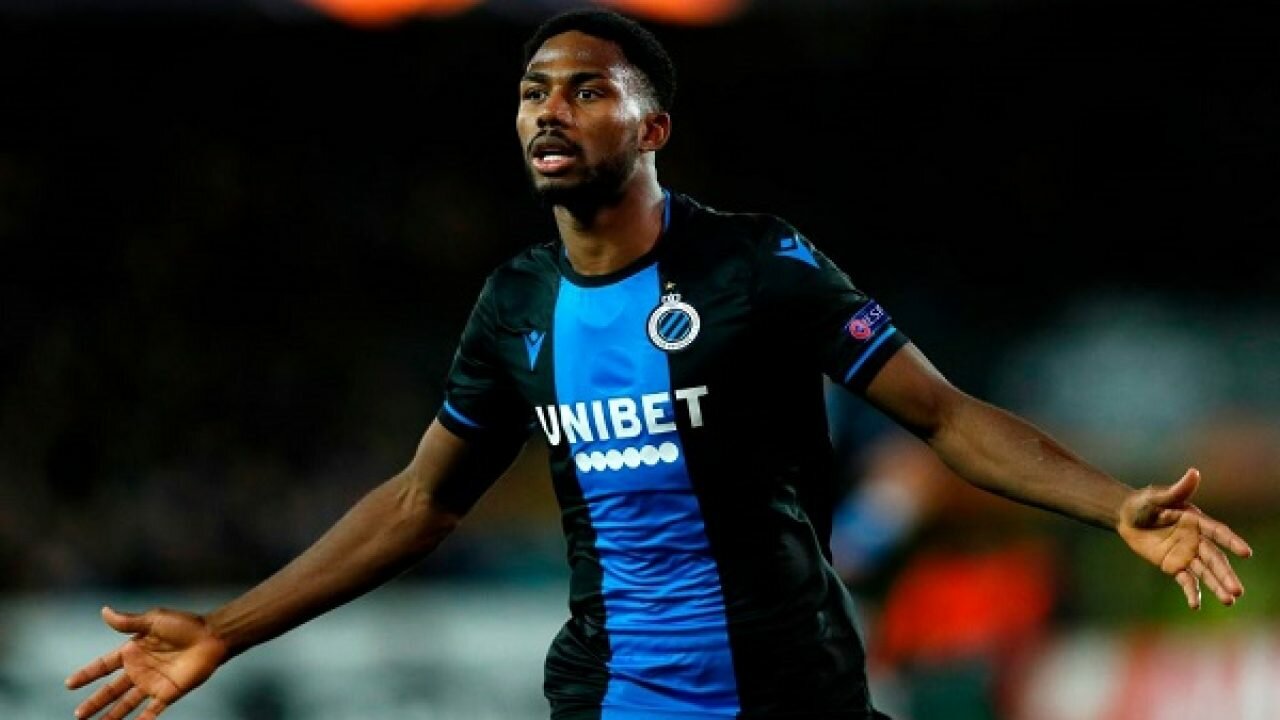 Club Brugge of Belgium want-away attacker, Emmanuel Dennis Bonaventure has found another route in his plans to achieve a summer exit from the Jupiter League side, as Atalanta and Inter Milan of Italy are now reportedly also in the hunt for his signature, megasportsarena.com reports.

So soon after Bonaventure had also been linked with Leeds United of England, Celtic of Scotland and Lille Metropole of France, he could now be on his way to one of two Italian Serie A clubs with strong Nigerian tradition, as Stephen Ayodele Makinwa (Tiger of Lagos) previously played for Atalanta during his heyday, while Inter had several of his compatriots over the years.

The Nerazzurri, who currently have Victor Moses on loan from Chelsea of England, over the past years had Nwankwo Kanu, Obafemi Akinwunmi Martins, Issah Abdullahi Eliakwu, Victor Obinna Nsofor, Saheed Adeshokan, Obiorah Nwankwo and Joel Chukwuma Obi, with Bonaventure now looking likely to follow their footsteps to The San Siro.

This comes after Italian football transfer expert, Gianluca di Marzio disclosed that Atalanta are taking a closer look at Bonaventure, who scored six goals in 23 appearances for Club Brugge and helped them become champions of Belgium this season, but Inter are not going to give up easily.

Atalanta are said to have made formal inquiries about the once-capped Super Eagles’ rookie and former under-23 national team, Olympic Eagles’ invitee, whose agent, William D’Avilla, finalised Victor Osimhen’s transfer to their Serie A rivals, SSC Napoli.

However, Atalanta and Inter should be prepared to table a hefty bid for Bonaventure, as Brugge value him at around 25m euro, but di Marzio added that Makinwa’s former club, who are in the best form of their history this season, have identified the former Zorya Luhansk of Ukraine lad as a potent addition to their squad for their campaign in the UEFA Champions League next season.

That comes after the 22-year-old scored eight goals in 23 appearances for Brugge, who were declared Jupiter League champions this season when coronavirus caused a hasty cancellation of the campaign, before which he shot to limelight when he scored twice in a 2-2 draw against Real Madrid of Spain at Santiago Bernabeu in the UEFA Champions League, then added one versus Manchester United at Old Trafford in the UEFA Europa League.