Rangers Lost At Home To Pyramids Due To Poor Officiating – Odita 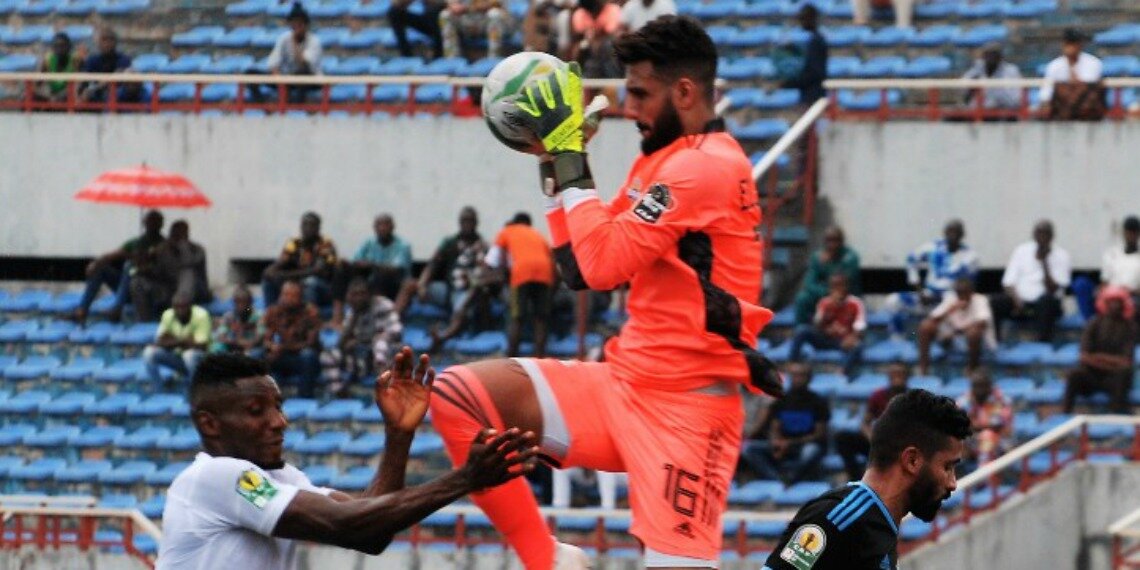 Rangers International of Enugu defender, Okey Odita has expressed dismay over his team’s 3-1 loss at home against Pyramid FC of Egypt on Sunday in the CAF Confederation Cup, but blamed it on poor officiating, megasportsarena.com reports.

Odita alleged that the centre referee and one of his assistants were biased, which saw them even awarded two penalties and a red card against The Flying Antelopes, but affirmed that they will do all they can to regain their standing and do better in subsequent matches.

Ironically, Rangers got the game’s first goal, when Ibrahim Olawoyin marked his birthday with a well-taken goal in the 29th minute, but Pyramid drew level on 55 minutes from the penalty spot through Mohamed Farouk after Isiaka Oladuntoye handled the ball in the box, after which the hosts were reduced to 10 men when their captain, Tope Olusesi received his second booking.

The Egyptian Cup holders then netted two late goals to record maximum three points, as Islam Attia gave the visitors the lead after 86 minutes, before Amor Layouni wrapped up the victory for Pyramid in the 89th minute from the penalty spot, much to Odita’s chagrin.

While raising eyebrows over the penalties awarded against his side and the red card for Olusesi, Odita reckoned that the match officials had a different plan for the hosts in the encounter at The Cathedral, Nnamdi Azikiwe Stadium, Enugu, but added that the team will now redouble their efforts to make it out of the group stage.

He went on to declare emphatically that The Flying Antelopes will recover from what he called their initial setback in the first group match of the competition, as he believes the Coal City side gave a good account of themselves on Sunday and they will work harder for a resurgence.

Odita blasted: “It was sad for us losing at home, but that was because the game referee and the assistant were biased against us. The game referee blew two penalties against us and issued one red card. They didn’t want us to win, and that affected us, but we are not giving up.

“We still have hope. It’s just the first game of the group stage, and I believe that we are going to make it. We will do everything we can to recover in the next match and still go on to qualify for the next round.”