Oshoala Missing, As Ogbiagbevha Scores In 3-1 Loss Against Barcelona 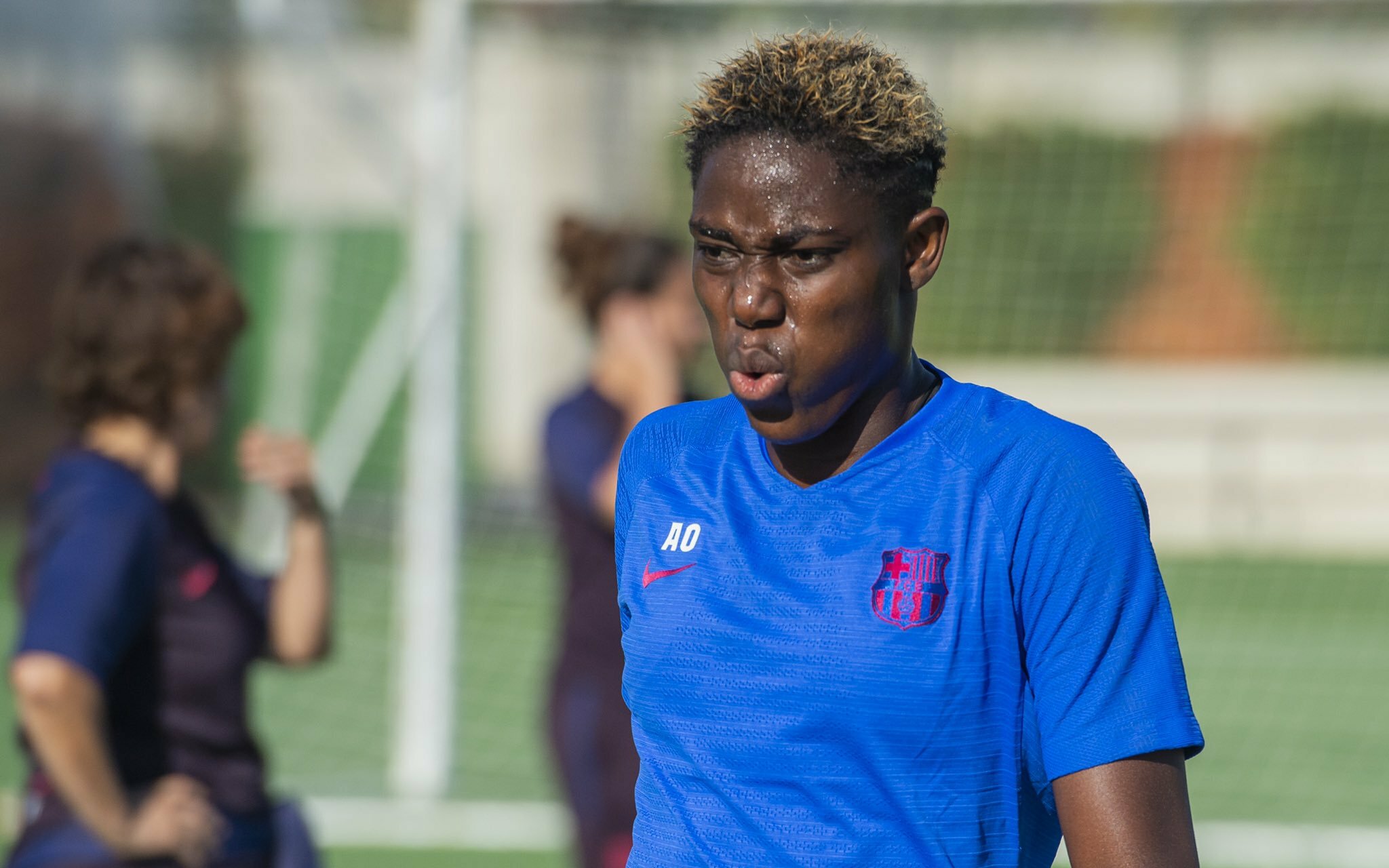 Barcelona Femeni of Spain attacker, Assiat Oshoala was left on the bench for all 90 minutes, as her coach preferred top rest her ahead of this weekend’s domestic fixture, and the Super Falcons did not get a feel of action in the UEFA Women’s Champions League fixture in Belarus, which saw fellow-Nigerian attacker, Emueje Ogbiagbevha score against the Spanish visitors.

Megasportsarena.com reports that Ogbiagbevha was on song for the hosts on Wednesday afternoon, but her effort could not help FK Minsk make the best use of home advantage, as they eventually lost 3-1 to Barcelona, who had earlier won the first leg 5-0 at Estadi Johan Cruyff, and qualified 8-1 on aggregate scores.

Wednesday’s reverse fixture was a complete change on personal levels for both Nigerian players, as Oshoala had been on target in the first leg, while Oghiabekhva failed to save Minsk from the big loss to Lluis Cortes’ ladies against the Belarusian champions.

Oshoala did not hesitate to put Barcelona ahead and score her first Champions League goal since netting her maiden sizzler in last season’s final loss to Olympique Lyon of France, as she slotted home after just six minutes of the first leg game.

After scoring the opener for Barca earlier this month, the 25-year-old Oshoala assisted Aitana Bonmati to net the third goal two minutes after Marta Torrejon doubled the lead for the hosts, but she was rested this midweek, and Ogbiagbevha took her turn to shine, as she opened the goals count by outrunning two defenders before slotting past goalkeeper Tajonar on 60 minutes.

Minsk’s hopes of a comeback evaporated when Alexia restored parity in the 66th minute, before goals from Mariona and Patri Guijarro in the closing minutes sealed the win for Oshoala’s visiting side, must to the dismay of 29-year-old Ogbiagbevha, who lasted the entire duration of the tie.

While Ogbiagbevha, who was a member of the Falcons’ squad that finished fourth at the 2012 African Women’s Championship, bowed out of the European elite clubs’ competition, Oshoala and her colleagues qualified for the quarter-finals for the fifth consecutive year.