Onazi Excited To Be Back Playing, After Almost One Year Of Severe Injury 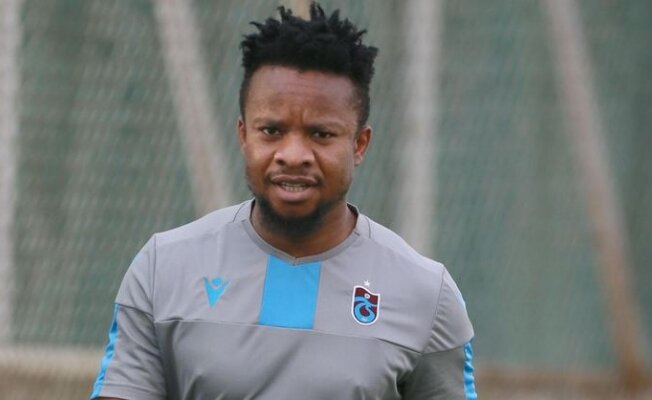 Trabzonspor of Turkey midfielder, Eddy Ogenyi Onazi has admitted he is excited to be back playing again with his club in the Turkish Super Lig, following almost a year out with a career-threatening injury, and now hopes to battle Denizlispor in their next match on Monday, megasportsarena.com reports.

The former Super Eagles’ vice-captain admitted he felt worried when several attempts to return to action from an Achilles tendon injury failed to materialise, as he kept getting relapses, until he was finally able to come through unscathed in Thursday’s Europa League fixture against FC Basel of Switzerland.

It was a heroic return for the-Jos-born midfield battler, who last played active football when he got injured on December 23, 2018 in a 4-1 against visiting Caykur Rizespor, after which the ex-SS Lazio of Italy midfield enforcer had to go for surgery.

Although Onazi only recently returned to full training, he is now hoping to make an even bigger impact on Monday on the domestic front, following his first match back on Thursday, but he could not save Trabzonspor from a 2-0 loss against their hosts in the Swiss countryside.

Before the game, Trabzonspor had already been confirmed out of the race and, with no chance of progressing into the knock-out stage, with a single point from five games, the coach, Unal Karaman rested most of his regulars, including former Super Eagles’ captain, John Mikel Obi and fellow-Nigerian, Anthony Nwakaeme, while Onazi got his chance for resurrection.

However, while Onazi got a starting role in the game and was accorded 51 minutes playing time in his first appearance of the current season, he could not help The Black Sea Storm avoid defeat in the away fixture at St. Jacob Park.

Despite appearing to lack full fitness and less sharp than he used to be for club and country, the FIFA U-17 World Cup 2009 silver medalist and Africa Cup of Nations 2013 winner gave his best against Basel before he was withdrawn for Muhammet Akpinar.

After the encounter, in which goals from Silvan Widmer and Valentin Stocker saw the Trabzon-based outfit slump to a fourth consecutive defeat in the second-tier European club competition, Onazi said he was sad with the result but expressed happiness for eventually getting back to action and thanked everyone who made it possible, after he stayed almost a year out.

Onazi told SCORENigeria: “I am so excited to be back, for me this is one important moment in my life. I just want to thank God for His grace.

“I really want to say a big thank you to my coach who believed in me, waited for me, to the team and the medical staff, the physiotherapist for a good job. Also special thanks to my family, my wife and my two daughters for always praying for me. Everything is in the past now.”