Chukwu Set For Surgery, Treatment At Wellington Hospital In London 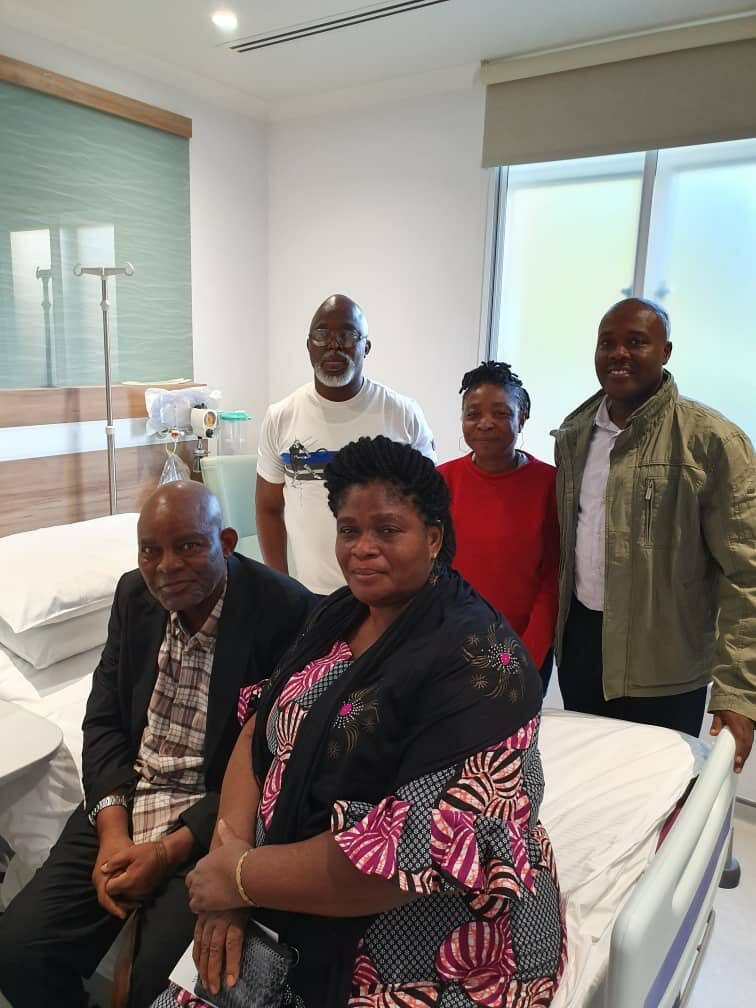 More facts have emerged in the arrival of former Eagles captain and head coach, ‘Chairman’ Christian Chukwu in London, as it has now been confirmed that he will receive surgery at Wellington Hospital on Circus Road, in St. John’s Woods, megasportsarena.com reports.

Chukwu arrived in London on Thursday with his wife Lilian Nkeiruka, his sister, Mrs Edith Chinelo Motanya and a member of the Super Eagles’ medical crew, Dr. Ibrahim Gyaran, who will guide him through the whole process of the impending operation and after-surgery care.

While confirming Chukwu’s schedule, Nigeria Football Federation (NFF) president, Amaju Melvin Pinnick disclosed that the soccer body will also soon institute a welfare foundation for ex-international players in order to guarantee ready funding for them in case of health challenges.

The NFF boss, who is also first vice-president of Confederation of African Football (CAF), gave this assurance in London, after receiving Chukwu alongside his wife and sister.

Pinnick stated: “At the last AITEO/NFF Football Awards in Lagos on 1st April 2019, we announced that a welfare foundation would be instituted for our legends to take care of them in times of their need.

“At that time, we didn’t even have any idea that Chukwu would be faced with this kind of health challenge.

“I am happy that he is here nd we have made adequate arrangements for his surgery, medication and general after-surgery care.

“He will get the best treatment possible and we are confident he will return to Nigeria hale, hearty and sound of mind and body.”

Abdullahi Excited With Prospects Of Playing For Super Eagles In Lagos
Megasports
https://t.co/p1uAeFuK7N