Jamilu Collins Takes Stock, Says 2019 Has Been Fantastic For Him 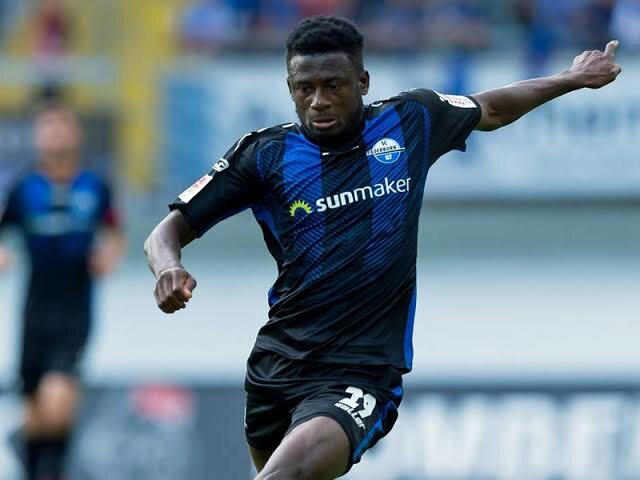 SC Paderborn 06 of Germany defender, Jamilu Collins has taken a look at the outgoing year and described it as a very fantastic one for him, as he has been able to play actively in the German Bundesliga and with the Nigerian national team, megasportsarena.com reports.

The former under-20 national team, Flying Eagles’ left-back said he will always remember 2019 as the year he got his debut in the German top-flight and then went on to star for Nigeria at the Africa Cup of Nations, where he returned home with a bronze medal from his very first outing in the continental soccer fiesta.

Collins stressed that everything he has achieved for club and country makes him sure that 2019 has been his best year yet, but added that he is always aspiring to do better and go higher, hence his wish that 2020 will turn out to be even better than this year has been for his career.

The product of Abuja Football College prodigy, who has grown in leaps and bound since moving to Paderborn two years ago, further told AOIFootball.com that he hopes to end 2019 on a good note, by helping his team move out of relegation zone before the New Year.

Although the 25-year-old dark-skinned pink-lipped lad admitted that he and his teammates found it tough making the switch from playing in the lower division to starring in the high-profile Bundesliga, they should be able to overcome the blushes at the turn of the year then hit the ground running for better results in the second stretch of the season.

While pointing to his debut goal against Bayern Munich as one of his standout performances so far this season, Collins said he is hoping to add to his scoring ratio and number of appearances in the Bundesliga, even as he admits it has been tough for Paderborn.

Collins added: “It’s been a fantastic year for me I must admit. From playing in the Bundesliga 2 and then gaining promotion to play in the Bundesliga, it was a massive step in my career. Then came AFCON. That was the highlight of the year for me; because playing for Nigeria at a major tournament had always been my target but to play and get a bronze medal was extra special.”