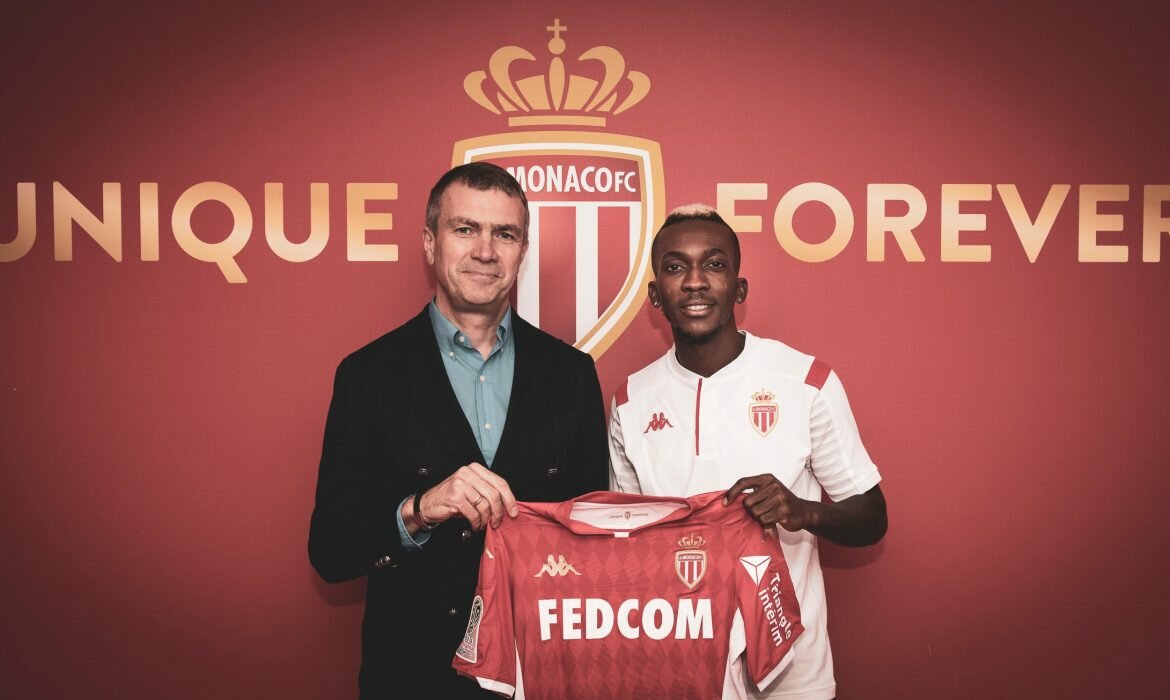 Startling financial details have emerged in the summer deal that saw Henry Onyekuru leave Galatasaray of Turkey and join AS Monaco of France, as his parent club, Everton of England had already reached an agreement with the Ligue 1 club to sell him for €15m, megasportsarena.com gathered.

Everton went ahead to seal the deal with Monaco, even when Onyekuru declared emphatically that he would prefer staying put with Gala, but he will jow enjoy trappings of a lucrative contract that has a basic value of €13.5m plus €1.5m in bonuses, which was compelled to sign on Monday.

Onyekuru finally bowed to pressure from his parent club, Everton of England and accepted their decision to sell him permanently to AS Monaco of France, following his inability to get a British work permit.

With Onyekuru having failed to play a single competitive match for The Toffees, since signing for them in 2017 from KAS Eupen of Belgium, the English Premier League side felt it best to get a profit on him, rather than keep sending him out on loan, hence the Monaco option, despite the lad preferring to stay put at Galatasaray.

Onyekuru initially rejected joining Monaco as his priority was to return to Galatasaray where he contributed 16 goals and six assists in 44 games over the course of last season, helping them win the Turkish Super Lig and Cup, but Everton convinced him to accept the move to Monaco.

His focus was understandable, considering his massive impact in his debut season with Gala, but Everton saw it differently and opted for a permanent deal with Monaco, and the winger-cum-attacker eventually agreed to join the French Ligue 1 club at the weekend.

The winger then landed in Monte Carlo on Monday to undergo a routine medical, after which the 22-year-old star put pen to paper on a five-year deal worth €15m with The Principality outfit.

The 22-year-old Onyekuru took to social media with a farewell message to Everton and thanked the Merseyside club for giving him the privilege to join Galatasaray on loan last season.

The AFCON 2019 bronze medalist, who joined Everton in the summer of 2017 but couldn’t make his debut for the Toffees due to work permit and was eventually sold by the Premier League outfit after two years, added that he has fond memories from his time in Turkey.

Onyekuru posted: “I want to thank @everton for the opportunity and making it possible for me to experience the best year of my career at @galatasaray.

”My time in Turkey was nothing short of amazing! The supporters, the club and my teammates made me feel at home from Day 1! We made history Thank U.”