Ndidi: I’ve Improved Very Much Since I First Joined Leicester City In 2017 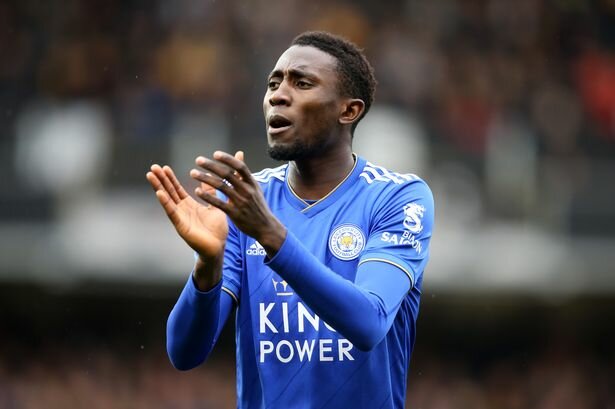 Leicester City of England midfielder, Wilfred Onyinyen Ndidi is counting the gains he has acquired since joining The Foxes in 2017, from Racing Genk of Belgium, and says top of it all is that he has been able to improve the level of his game within the space of that time, megasportsarena.com reports.

With several rave reviews, remarkable milestones and statistical ratings rolling high towards him on regular basis, Ndidi surely is one of Nigeria’s most talked about and well-favoured footballers of the moment, much of which the youngster says makes him happy.

He went on to admit that, apart from taking sheer delight in the accolades and awards he has gained within the time of his appearances at King Power Stadium and elsewhere in England, Ndidi is pointing in the direction of the club’s current coach, Brendan Rodgers for adding a new dimension to his game since taking over the side’s technical mantle.

The Super Eagles’ battler went on to declare that he has learnt more under the guidance of the Northern Ireland-born tactician than his former managers, such that he has been able to pick a better understanding of the game under Leicester’s current gaffer.

Having made much progress since the arrival of the former Swansea City, Liverpool and Celtic boss, helping The Foxes win more possession with his timely tackles and interceptions during games, while his passing accuracy has greatly improved, Ndidi, who is also studying business and tourism management at De Montfort University, is giving kudos to Rodgers for guiding him.

Ndidi told Leicester Mercury: “I’ve said this before and I’ll say it again, what I know now, if I’d have known it when I was growing up, I’d have been a better player. I’m grateful to the manager for everything he’s installed in us.

“My understanding of the game is much better now. I see the game differently to what I used to. I learned from other managers as well so no disrespect to them, but this manager has made me understand more about the game, like the space available on the pitch.

“I feel like I’ve really improved since I first joined Leicester, the belief and understanding. That makes it easier when you find yourself in situations on the pitch.

“When I came to Leicester, I didn’t have much of the ball but now I find myself in situations where I have more time with the ball. That comes from the teaching and the understanding that the manager has given us. He’s made me understand the role I play and now it’s a case of developing from there.”