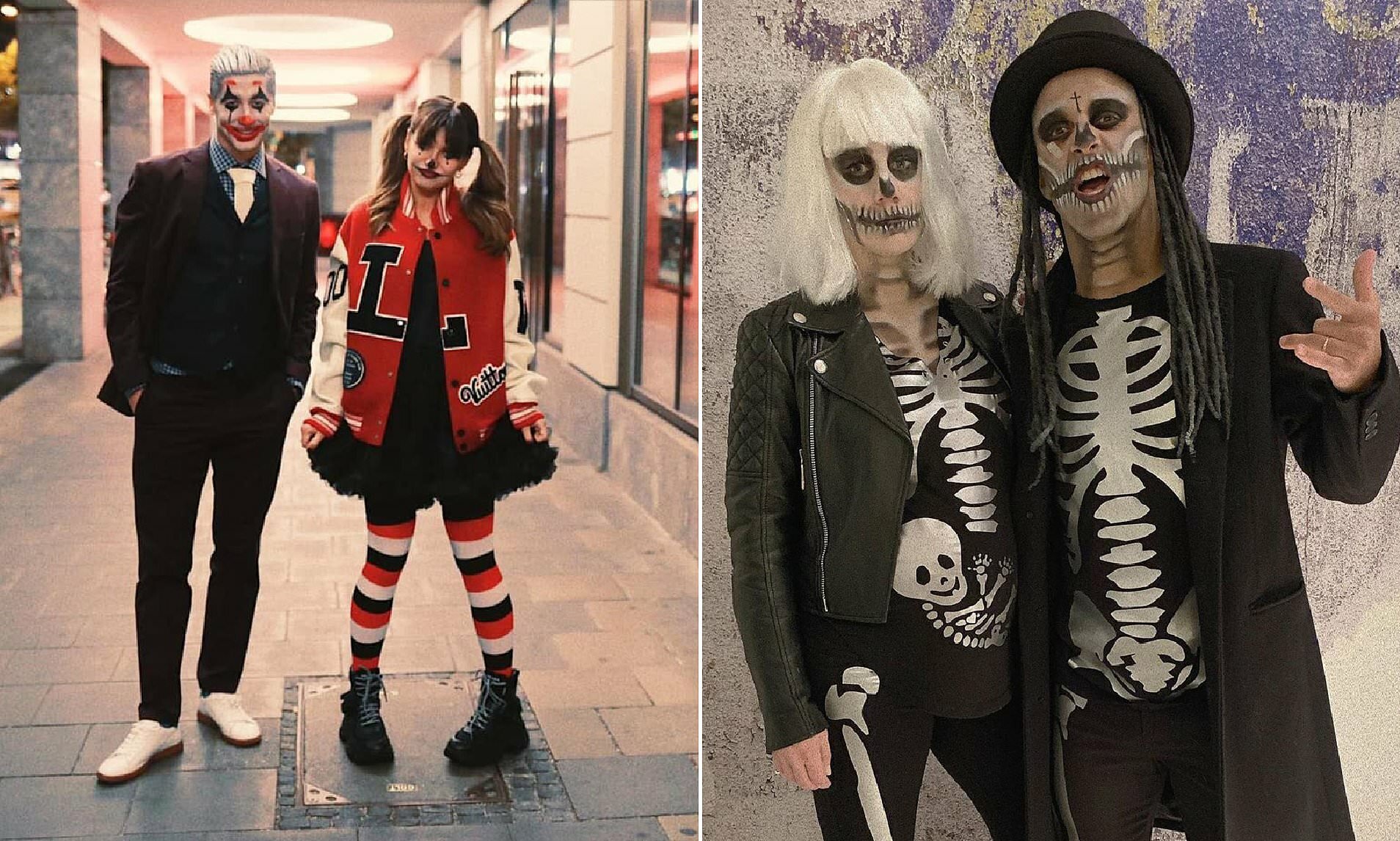 Bayern Munich stars Robert Lewandowski and Thiago Alcantara have been making the most of their midweek break by dressing up for Halloween, with Cristiano following suit in Italy, megasportsarena.com reports.

The pair were pictured before a party on Wednesday night, with Lewandowski and his partner clearly taking inspiration from movie super-villain the Joker.

Thiago also posted a picture dressed as a skeleton. His pregnant partner posed alongside him in a shirt which depicted a baby skeleton.

The scenario came after Bayern earned a dramatic late victory over German second division side Bochum in the German Cup third round.

It looked like the Bundesliga champions would fall to a humiliating defeat after Alphonso Davies’ own goal gave the hosts the lead on 36 minutes.

Serge Gnabry pulled a goal back on 83 minutes before Thomas Muller struck in the final minute of normal time, miraculously escaping an upset.

In Italy, Juventus will be hoping to avoid a scare in the Turin derby this weekend when they take on local rivals Torino in Serie A.

But that is not stopping Cristiano Ronaldo from trying to spook out his team-mates ahead of the clash at the Olympic Grande Torino Stadium.

To mark Halloween, the forward teased his followers on Instagram by showing a video of him walking around the club’s training ground dressed up for the occasion.

Wearing a costume with similar features to that of The Joker, he walked between rooms trying to find team-mates to scare.

Not many were spooked out by the costume though, especially Miralem Pjanic who shared a high-five with his team-mate as he casually walked past in a corridor.

Wojciech Szczesny was also welcoming of the dressing room joker, even sharing a high five with the leg portion of Ronaldo’s costume which featured another clown appearing to carry the Portuguese star.

Ronaldo rescued Juventus from an embarrassing slip up in mid-week, scoring a penalty deep into stoppage time in their 2-1 home victory over relegation threatened Genoa.

The Bianconeri will be hoping for an improved performance at Torino this weekend, but will need to cut out the clowning around on the training ground if they wish to stay top of the Serie A table.

Maurizio Sarri’s table are looking for their ninth consecutive league title and after 10 games lead Antonio Conte’s Inter Milan side by a single point.