Joshua Will Surely Fall During Our Rematch In Saudi Arabia – Ruiz 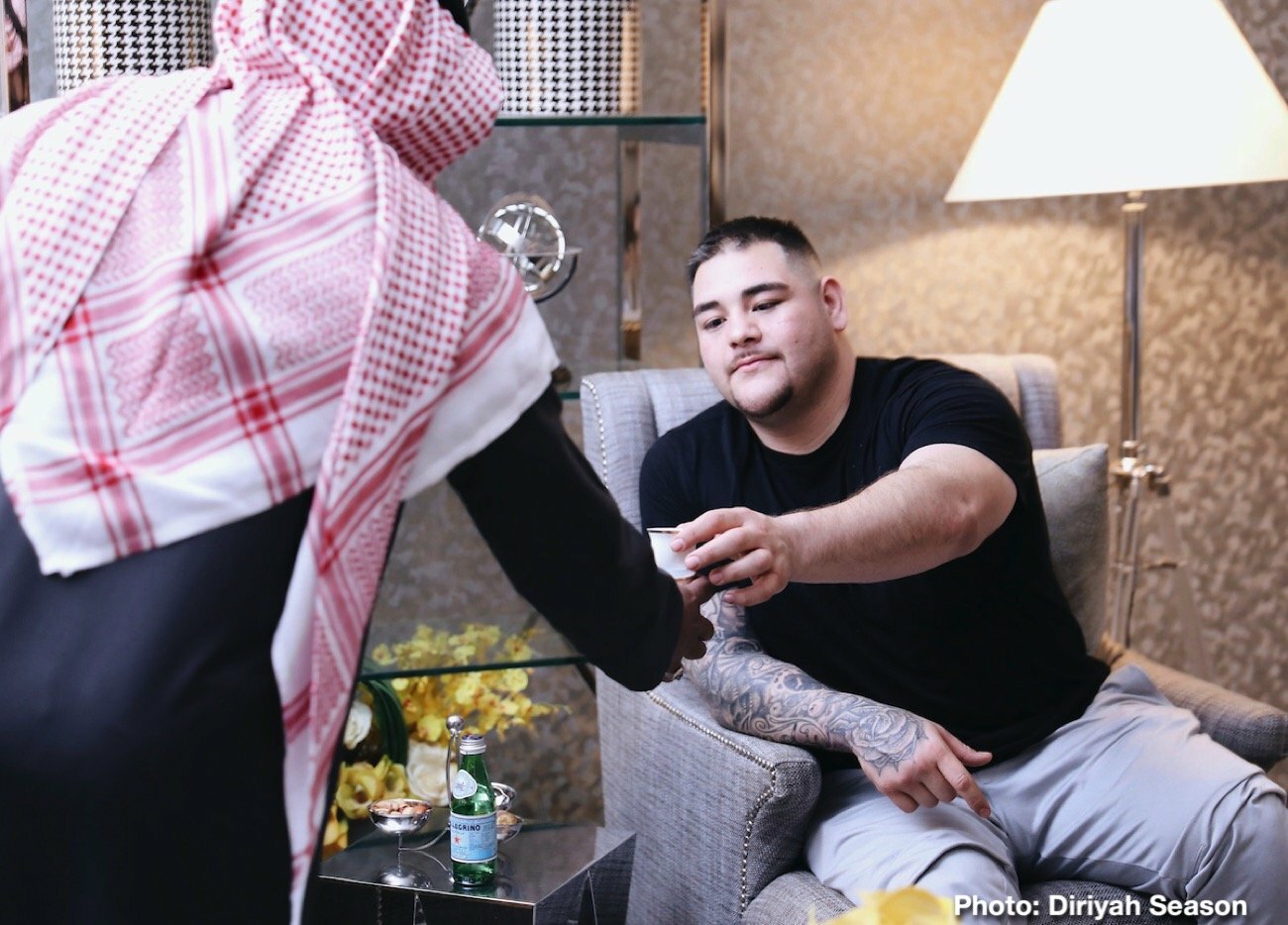 Nigerian-born British heavyweight boxer, Anthony Olaseni Oluawafemi Joshua may be in for another sad night on December 7, as his usurper, Andy Ruiz Jnr of Mexico says he is out to dent the former champion for the second time this year, megasportsarena.com reports.

Both boxers are in Saudi Arabia for the rematch, ahead of which Ruiz boated on arrival at King Khalid International Airport in Riyadh on Tuesday that Joshua will fall again next Saturday, just as the Brit did when the apparently out of shape challenger floored him in New York.

It was Joshua’s maiden outing in the United States, as he tried to keep his unbeaten record and three world belts against a hastily called up Ruiz, who stepped in as a replacement for Jarrel ‘Big Baby’ Miller, who failed a drugs test just few weeks before their scheduled fight in God’s Own Country.

Alarmingly, and against all permutations, Joshua was handed his first professional defeat by Ruiz at Madison Square Garden in The Big Apple, knocking him down twice in the third round as well as twice again in seventh round to take a shock stoppage victory.

Heading into the rematch, dubbed Clash of The Dunes, at Diriyah Arena, a custom-built 15,000 seat venue for the best of ringside boxing followership, the Mexican-American pointed out that he feels Joshua’s decision to lose weight ahead of their rematch could be a mistake.

Ruiz added that Joshua looks lighter and questioned the British boxer’s choice to shed muscle mass, but he too has decided to go on a strict diet of fish and pasta in order to lose eight pounds himself but he insists it will not hinder him in the rematch.

Tickets have been sold to fans across more than 60 countries with the biggest demand coming from fight faithful in the United Kingdom, with fellow-Brits and Nigeria’s in Disapora all keen to see ‘AJ’ make a winning return in the ring.

The 10,000 square metre site has had up to 175 staff working on it during the construction phase with 350,000 different fixings set up ready for fight night, when Joshua will bid to regain his lost WBA, IBF, WBO and IBO belts and set up a unification fight with WBC champion Deontay Wilder.

The war of words between the pair has soared higher and louder, yet Ruiz was all smiles as he made his way through the Riyadh Airport terminal building and now steps up his preparations ahead of next Saturday’s historic fight.

After arriving in the early hours of Tuesday, Ruiz quickly set up his training camp to prepare for the fight, which he says will be another triumphant evening for him, because he is even better and fitter than he was for their first tango on June 1st.

Ruiz told Sky Sports: “It feels good. I made history in New York and I’ll make history again in Saudi Arabia. I saw videos where he looked slimmer. I don’t know if that’s an advantage or a disadvantage. I don’t know if he will take the punches as well as he did when he weighed more.”