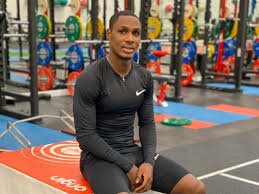 Although feelers have now revealed that Ighalo had to embark on personal drills and working out with performance training expert, Wayne Richardson because he was stopped from joining United’s squad in team training, due to fears of coronavirus in his bloodstream, the former Super Eagles’ striker has got the go-ahead to commence collective drills.

Although the initial report out of England indicated that Ighalo was omitted from United’s trip to Marbella because the club feared he would not be allowed back in the United Kingdom, a scoop by The Times UK disclosed that the striker was actually told to quarantine himself for health and safety reasons, since he had been in China within the past 14 days.

That meant Ighalo was ‘unofficially but medically’ banned from mingling with other players at the club’s AON Training Complex, and he had to resort to training at the Taekwondo Centre in Manchester since arriving in England from China on February 1st.

The clearance, though, comes only after he went through a medically recommended two-week incubation period, as he was unofficially placed in quarantine for proper monitoring of likely signs of coronavirus infection during his time at Shanghai Shenhua of China early this year.

Fortunately for him, Ighalo has not manifested any sign of coronavirus, as the period between the time of any likely infection and appearance of the first symptoms is coming to an end and, with the incubation period fixed to end this weekend, he is set to join the squad in training.

United’s boss, Ole Gunnar Solskjaer has already named Ighalo on a provisional roster for their next game, away to Chelsea at Stamford Bridge on Monday, ahead of which the star on loan from Shenhua will now join his new teammates for his potential debut back in the EPL.

Ahead of Monday’s game in London, ex-United striker, Andy Cole has already thrown his weight behind Ighalo to succeed with The Red Devils, as he believes the Nigerian star will be spurred on by the fact that he is a lifelong fan of the club and will want to prove his love for the side.

He pointed out further that, aside the zeal that will spur Ighalo on to prove his love for United, the former Watford striker will also bring to bear on his games with his new team semblances of the previous experience he had playing in England.

Ighalo first starred with The Hornets in the lower cadre English Championship for a season, before adding another and half in the top-flight EPL for the same club, all of which Cole now believes will come to bear on his chances of excelling with United, even as the ex-international says he is also excited knowing that the new arrival has equally played in Italy and Spain.

Cole told Goal: “That’s what we are hoping for. There are no doubts that he will do just that. He is a big supporter of the football club, he’s a fan. He wants to come here and do what he can for Manchester United, play to the best of his ability.

“He’s got Premier League experience from his time at Watford, he did well there. He made the move to China but he’s coming back to England and will give it everything he’s got. Being a Manchester United fan, he will want to prove that he’s good enough for the club.”