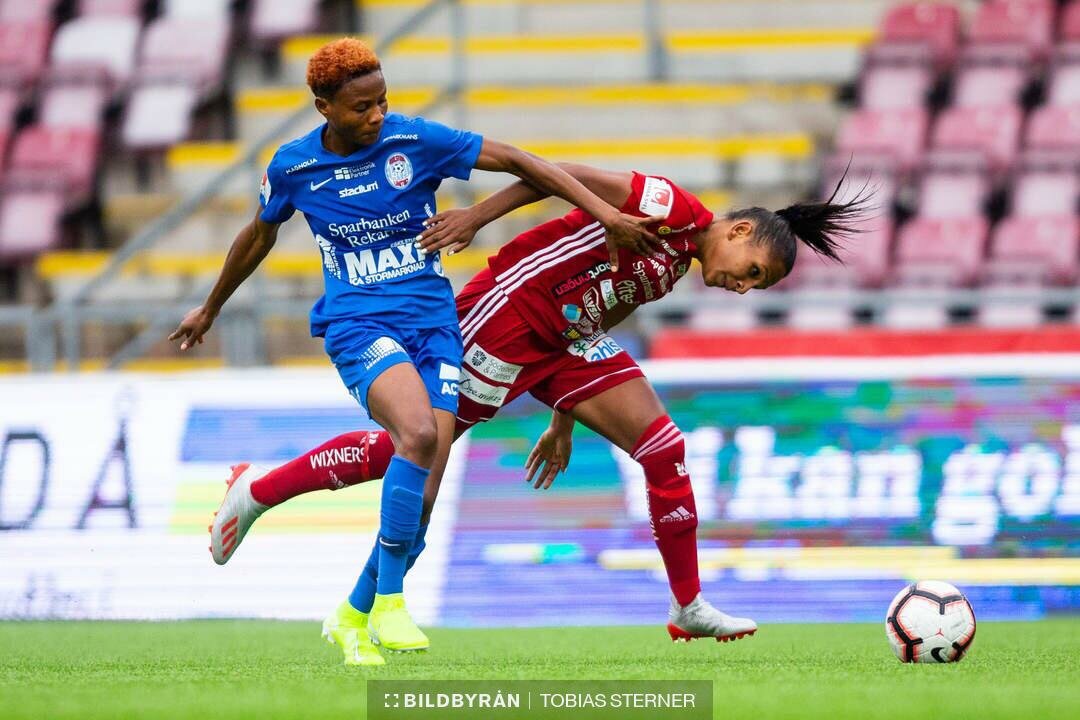 Eskilstuna United DFF of Sweden midfielder, Halimatu Ayinde says she is glad and grateful with the opportunity to sign a three-year contract extension with the Damallsvenskan League outfit she joined last year, megasportsarena.com reports.

The 24-year-old, who made 19 appearances to help Eskilstuna United finish fourth in the league this season, has sealed a new deal that will keep her at the club until 2022.

Ayinde, who played all seven of the Super Falcons’ matches at the 2015 and 2019 FIFA Women’s World Cups, signed her first deal with Scandinavian club after arriving from Asarum in 2018 on a one-year deal with an option of an extension, which expired this summer.

The midfielder earned a new deal with top performances in19 outings with Eskilstuna and her exploits helped Magnus Karlsson’s side’s resurgence, after which the club resolved to retain her and extend her stay at Tunavallen, with high hope that she can help them improve on their fourth-place finish.

“I am really happy to be part of the Eskilstuna United family. Very grateful to be able to extend my time at the club by three years. Hopefully we as a family can achieve bigger things next year,” said Ayinde, who previously had spells at USA’s Western New York Flash and Belarus’ FC Minsk.