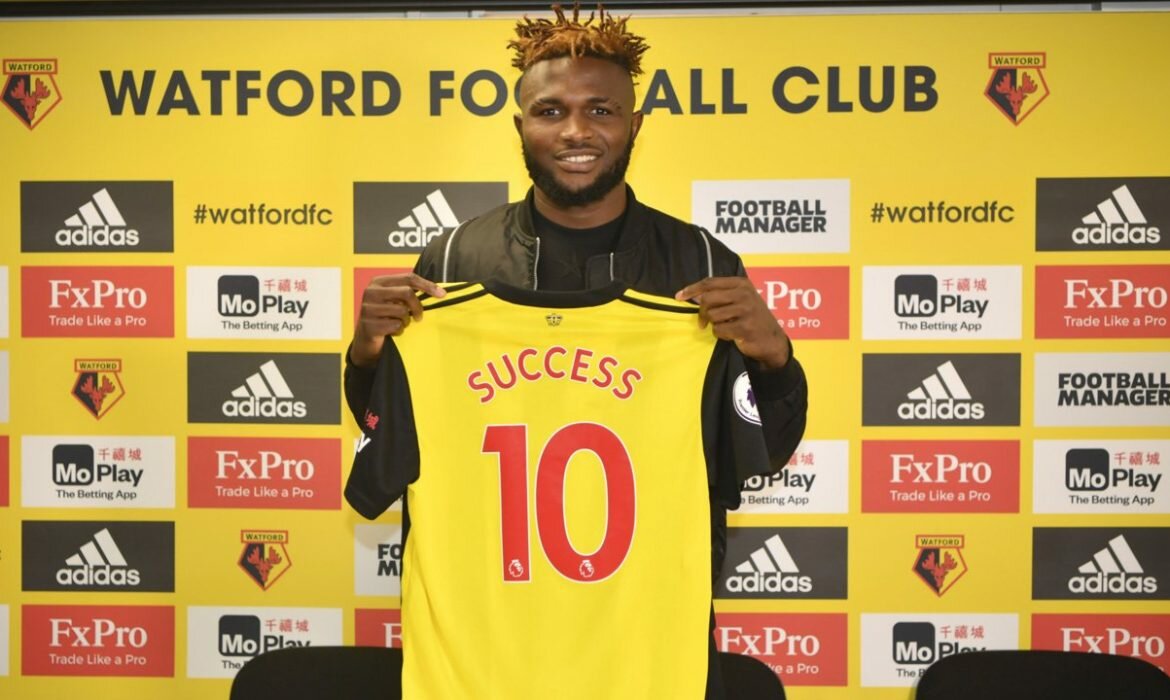 Watford of England striker, Isaac Success is set to face another obstacle in his search for regular playing time with the squad this coming season, as The Hornets are in the hunt for one of Senegal’s stars of the current Africa Cup of Nations in Egypt, Ismailia Sarr, megasportsarena.com reports.

Success may have to consider his career options in the ongoing summer transfer window, sequel to reports that his team’s top brass are already sounding out Stade Rennes about taking up a club-record-breaking deal to sign Sarr, who can play as a winger, top striker or attacking midfielder.

According to Sky sources, any deal for the 21-year-old Sarr would mean Success’ club will break their current transfer record fee of £18m – which they paid to Burnley for fellow-forward, Andre Gray.

However, it is not all gloom for Success, as Sarr may end up not moving to Vicarage Road after all, because AS Roma of Italy are also reported to have held talks with the Senegalese rising star.

Another point of interest fro Success, considering his chances of regular time this season should another rival arrive, is that his next most likely usurper has also caught interest from Arsenal, who would move to sign Sarr if they cannot complete a deal for Wilfried Zaha from Crystal Palace.

Success, though, could still find another slot to fill in at Watford, as the are speaking to Lille Metropole on possibilities of a deal for one of their strikers, Dodi Lukebakio, but both clubs are in disagreement about the valuation of the player, with the English Premier League side wanting around £13m for him, but the Ligue 1 team are stalling on a deal.

Lukebakio, who has only made one Premier League appearance for Watford, spent last season on loan at Fortuna Dusseldorf, where he scored 10 league goals in 22 starts for the German club.

Interestingly, though, with Success known to have a lot of injury woes that often limit his playing time and relevance, Watford are looking for other options to add depth in their attack, such that The Hornets retain an interest in OGC Nice of France, winger Allan Saint-Maximin.

Sky Sports reports that Success’ club are ready to splash a record £25m on the 22-year-old Saint-Maximin, who scored six goals in 29 games and got three assists in all competitions for the French side last season.