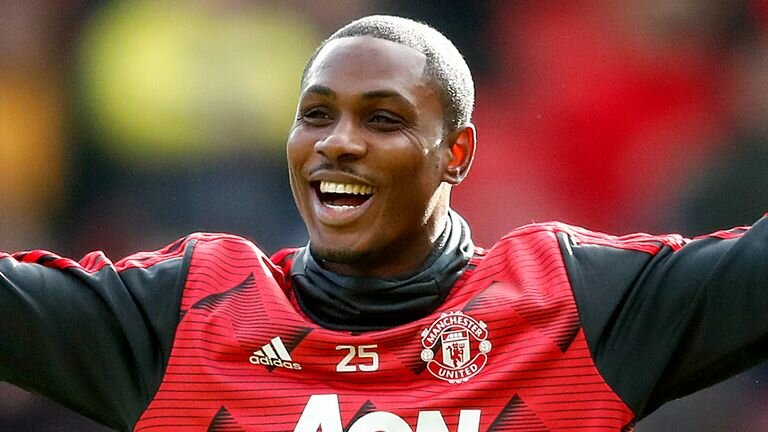 Manchester United of England striker, Odion Jude Ighalo has set for himself a ‘triple target’ in the second half of his loan spell at Old Trafford, as he says he wants to help The Red Devils win the English FA Cup and UEFA Europa League as well as finish within the league’s top-four, which would see the club compete next season in the UEFA Champions League, megasportsarena.com reports.

Ighalo declared his aspirations after sealing a loan contract extension that will keep him at Old Trafford until January 31, 2021, following an agreement between United and his parent club, Shanghai Greenland Shenhua of China, and the former Super Eagles’ star admitted he has a lot of work to do.

He went on to declared during Mega Sports on Star 101.5 FM, Lagos that he is ready to work even harder than he did within the first two months of his arrival at United from Shanghai, following a Deadline Day loan deal in the January transfer window, and he went on to score four goals in eight appearances in all competitions prior to the suspension of action due to COVID-19.

He admitted it was another miracle that brought the extension his way in the early hours of Monday, as Shenhua’s original stand had been that they would only agree to allow him stay if an obligation to buy by United was incorporated into the deal.

Although The Red Devils baulked on the proposal that would have seen them sink £20m on the 30-year-old hitman, border restrictions in China that would potential prevent him from entering the Asian country in time for the new season’s kick-off at the end of this month saw the Chinese Super League club soften their stance and allow him to extend his stay in Manchester.

In his reaction to the historic breakthrough, Ighalo admitted he is thrilled to continue playing for his dream club, and revealed that all the players are already back in full team training even as they move closer to match fitness ahead of the June 17 restart of action in the EPL..

Ighalo said: “It’s been difficult getting to this stage. Waiting for the agreement to come through, but I kept training and working. Now it has come, and I am very happy. I will continue working hard and hope to help the team. We are still in the FA Cup and Europa League.

“The target is to go far in both, as well as finish with a spot in the Champions League. I’m really happy. It’s a dream for me to be here. I’m buzzing and ready to go. Since the first day I arrived, I made it clear that I wanted whatever it takes to continue that work.

“Now I’ve extended my loan, it makes it more even clear and I’m committed as I know, in my head, I’m here until January ending. I just want to work hard and enjoy it, support the team and do whatever I can to make us go higher and higher. I’m getting better and better every day.

“We have been training together the past two weeks now, so it’s getting close to the game. The sharpness is coming, the fitness is coming and everything is going well. It’s been strange, you know, because you have to stay two metres apart to talk to your team-mates.

“Sometimes, you need to get close to give them some signs but now it’s two metres and it’s kind of strange. But this is what we have to do for us to be safe and for the game to go on. We are ready to do it and we’re happy to do it. Everybody is looking good. Everyone is getting better and better.

“Everyone is back. Everyone is training normally and training full and all that, so the squad is full and everyone is ready, I think. I can’t wait for the league to start again. I’m really looking forward to it. We’re working hard and I believe we’re going to do great.”