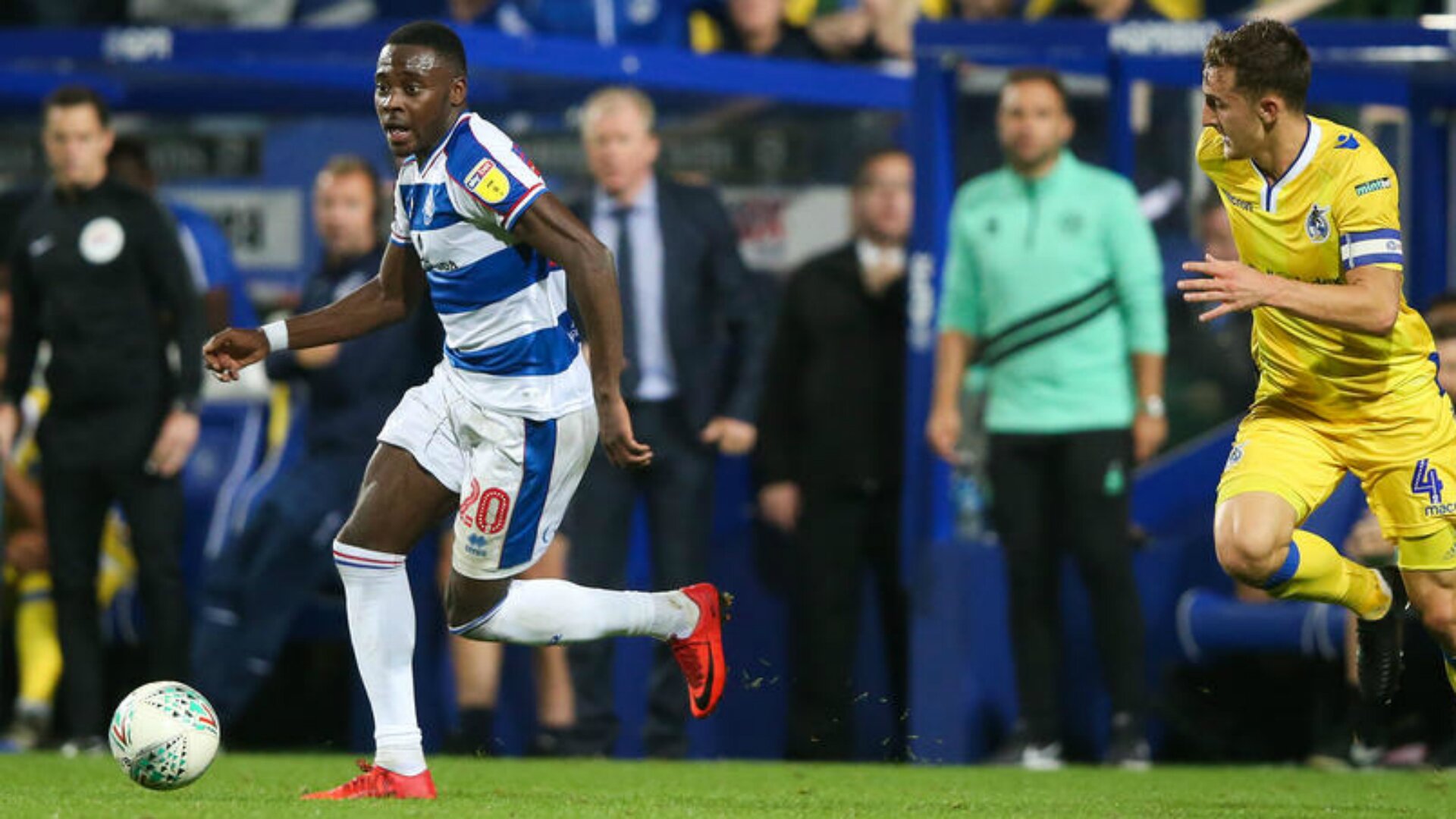 Queens Park Rangers of England winger, Bright Osayi-Samuel was the hero to flaunt for the club, not highly-hyped attacking midfielder, Eberechi Eze, as both Nigerians gained divergent ratings and varying impact during action for their club in the English Championship.

Megasportsarena.com gathered that, while Eze struggled for form down QPR’s left side of attack, Osayi-Samuel twinkled on the right, and later on went to produced a moment of magic to help their side beat Birmingham City 2-0 in an away fixture at Saint Andrew’s on Wednesday night.

Osayi-Samuel’s brilliant individual goal in the 67th minute followed Grant Hall’s opener on the verge of half-time as QPR recorded back-to-back wins and clean sheets to move up to 12th on the table of the English Championship.

Eze eventually got a yellow card to show for has battling efforts, but Osayi-Samuel went on to cap 90 minutes of action in brilliant style, with a wonder goal that saw him take off from inside his own half, surged forward and held off opposing defender, Maxime Colin, before firing home.

On the other hand, it was a much different night for the hosts, who had plenty of chances but lacked any real danger in the final third in a defeat which saw them fall to 15th in the league ahead of Saturday’s match against Semi Ajayi’s high-flying West Bromwich Albion.

It was Birmingham who dominated the opening stages, and indeed the first half, with a flurry of chances within the first 15 minutes, but the hosts were made to pay for their wastefulness when Eze’s distant free-kick from near the halfway line caused a scramble in the box, with Hall poking the ball home past Connal Trueman from what was QPR’s first shot on target.

The goal was virtually the last kick of the first half and the game did not properly spark back into life until the hour mark, when McEachran was tripped on the edge of the QPR box only to see Lukas Jutkiewicz’s shot fly wide.

Birmingham conjured up 16 shots but just two on target despite 57 per cent possession, with arguably their best chance coming in the first half when Alvaro was inches away from getting on the end of Jeremie Bela’s powerful low pass across goal, but Osayi-Samuel’s goal killed them off.

Osayi-Samuel produced a moment of individual brilliance, starting an attack in his own half, beat Colin on the halfway line, went through the gears, soared into Birmingham’s box and his left-footed shot in the six-yard area was too ferocious for Trueman to stop.

QPR’s boss, Mark Warburton was full of praises for Osayi-Samuel, who was voted man-of-the match for his magnificent solo strike in the second half, while a citation for the player noted that he was a constant menace for the visitors and his goal virtually sealed the win, with Birmingham unable to pick themselves up again, after earlier trying hard to equalise.

“Anyone who loves football would have enjoyed that goal. Osayi-Samuel showed his power, his desire and to finish that type of run with that level of quality was first class. He is a young player that’s learning. He’s had to be patient to earn his chance and I’m very pleased for him.”

Birmingham manager, Pep Clotet added: “I think if Colin had not been booked earlier he would have fouled Osayi-Samuel and stopped him. We had no cover for Colin either and Osayi-Samuel was able to get deep into our defence. However, I have to say it was a good goal, even if from my point of view we could have defended it better.”