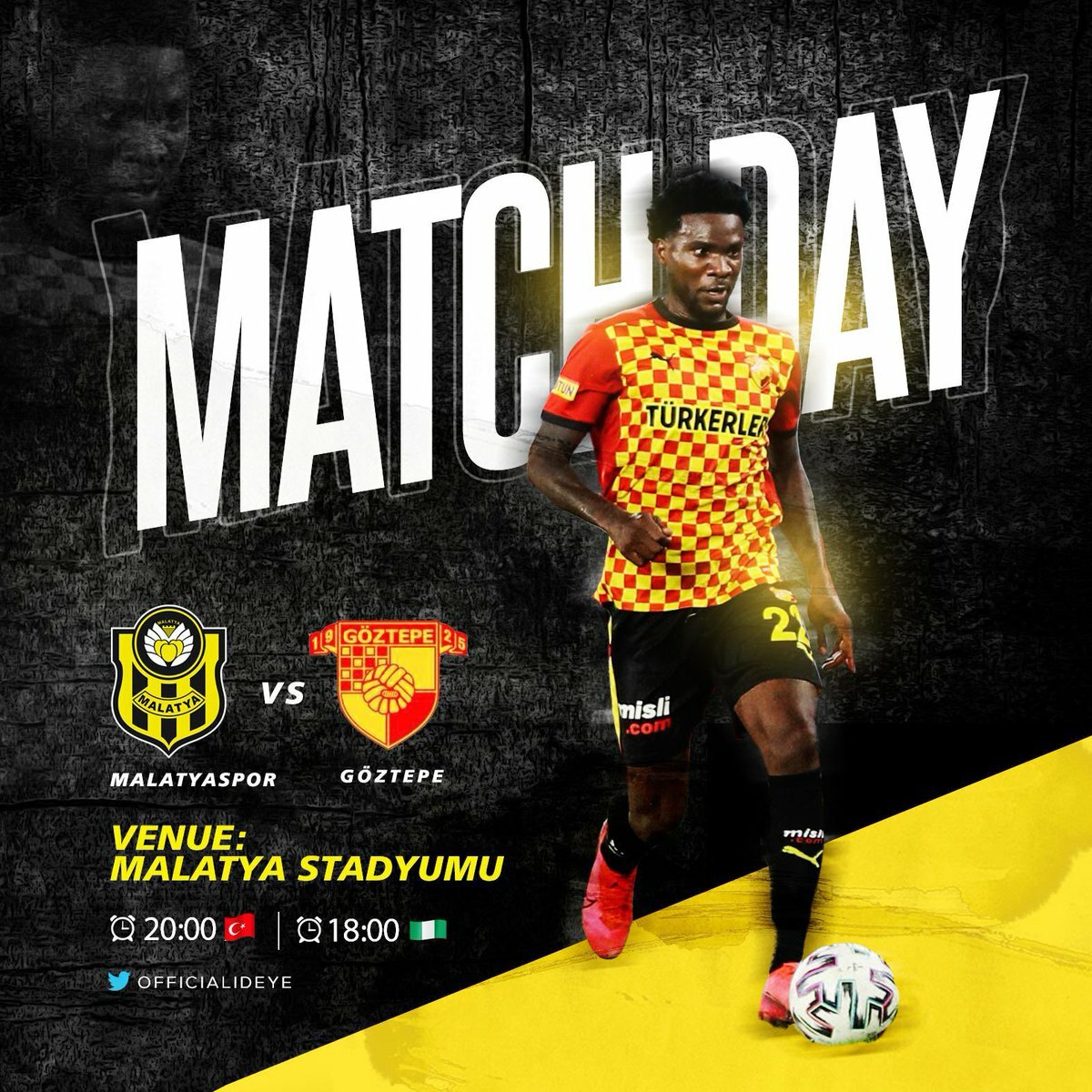 Former Super Eagles’ striker, Aide Brown Ideye has thrown his arms wide open to excitedly welcome Nigerian compatriot, Obinna Nwobodo at Goztepe Of Turkey, where they will both spend this season hunting for glory with the Gursel Aksel Stadium outfit, megasportsarna.com reports.

Nwobodo is already bracing for his debut next weekend, after he went through successful range of medicals with the Turkish Super Lig side, who then formally announced their signing of the former Rangers International of Enugu midfielder from Ujpest of Hungary on a three-year deal.

The 23-year-old Nwobodo, who has been with Ujpest since July 2017, is equally delighted that he will have a compatriot to guide him through his early days in Turkey and is happy to link up with Ideye, who recently arrived from Aris Thessaloniki of from Greece.

It is a major step forward for Nwobodo, who suffered a career-threatening injury after helping Nigeria’s Flying Eagles win the 2015 African U-20 Cup of Nations in Senegal, and the midfield grafter, who started his professional career with FC Inter of Enugu, will hope to show improved form than the thrills that were seen of him during his days with Rangers.

The petit player, who helped The Flying Antelopes clinch Nigeria Professional Football League (NPFL) title in 2016 and then went on to make more than 90 appearances for Ujpest, will now focus on excelling with Goztepe, who finished 11th in the Super Lig last season.

The club’s fans will also hope that the new arrival will help their team gun for the league title, especially as they started the season last weekend with a 5-1 trouncing of Eddy Ogenyi Onazi’s former club, Denizlispor, against who Ideye got an assist on his full debut.

Although Nwobodo is not expected to be part of the squad when they travel away to face Yeni Malatyaspor this Friday, he is expected to make his debut when they take on Gaziantep next weekend, as they go for their third match of the campaign on September 26; ahead of which the media unit at Goztepe reeled out a special welcome message on social media.

The midstream club stated on their official website: “We signed a three-year contract with Nigerian midfielder Obinna Nwobodo, born in 1996. We welcome Obinna Nwobodo to our Goztepe and wish them success with our team.”