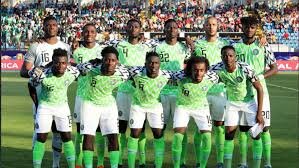 AS Monaco of France attacker, Henry Onyekuru is one of five players that have been placed on standby on the latest roster of invitees named for the Nigerian national tam by Franco-German gaffer, Gernot Rohr, ahead of two international friendlies next month in Austria, megasportsarena.com reports.

The upcoming games are against Cote d’Ivoire on October 9 and versus Tunisia four days later, for which Rohr has named 25 players in his squad list, but Onyekuru is on standby along with Abdullahi Shehu from Omonia Nicosia of Cyprus, Ramon Azeez from Granada of Spain, Joshua Maja from Girondins Bordeaux of France and Tyronne Ebuehi from FC Twente of Holland.

However, Aribo’s teammate, Leon Aderemi Balogun is included, despite still nursing an injury that kept him out of four matches in the Scottish Premiership, and he will join the camp along with seven other defenders, including UD Leganes of Spain stopper, Kenneth Omeruo, William Troost-Ekong from Udinese of Italy.

Also listed are team captain, Ahmed Musa, who will be joined in attack by Victor Osimhen, Kelechi Iheanacho, Moses Simon and five other forwards, as well as Wilfred Onyinyen Ndidi, Oghenekaro Etebo and Alex Iwobi in midfielder.

Sparta Rotterdam of Holland’s new shot-stopper, Maduka Okoye is bound to start in his second game for the Eagles, after debuting in a top-notch friendly against Brazil last October, with high expectations of a maiden outing in brand new sets of jerseys for the squad, which is now ranked 29th in the world and third in Africa.

Both games are arranged by Nigeria Football Federation (NFF) to prepare the Eagles for the next rounds of the 2022 AFCON qualifiers, home and away against Sierra Leone in November; ahead of which the full list of invitees has three goalkeepers – Dele Alampasu (FK Ventspils, Latvia); Matthew Yakubu (SKF Sered, Slovakia); Maduka Okoye (Sparta Rotterdam, The Netherlands).