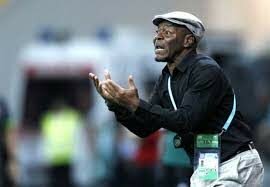 The issue of Nigeria Professional Football League (NPFL) clubs owing their players and coaches has come under the front burner once again, but a couple of tacticians in the system are facing the matter from different points of view, as Heartland of Owerri coach, Fidelis Ilechukwu is suing for caution but former Kwara United of Ilorin gaffer, John Sam Obuh is blowing hot, megasportsarena.com reports.

Speaking during separate editions of Mega Sports on Star FM, Lagos, both highly respected indigenous tacticians admitted that NPFL clubs are notorious for owing their players and coaches but, while Ilechukwu reasoned that overcoming the ongoing coronavirus pandemic is a stronger issue to tackle for now, Obuh stressed that it is a systemic problem in the local league.

Their comments come against the backdrop of a recent order from world soccer governing body, FIFA to Rivers United of Port Harcourt to pay one of their former players, Samuel Akurugu, who that petitioned the global authority over some money he was allegedly being owed, and The Garden City outfit had to quickly settle the lad after being hit with a transfer ban .

However, several observers argued that it takes a lot of money and courage to take such a step, while also pointing accusing fingers at lack of unity among the country’s players’ unions for not assisting those who are ill treated.

That line of thought is supported by Obuh, who alleged that a caucus among administrators of clubs in the domestic league has made it almost impossible for anyone to seek redress without being blacklisted and facing repercussions in future.

On the other hand while admitting that he is being owed at his current base with Heartland of Owerri, Ilechukwu, who shot to limelight while in charge of Mountain of Fire & Miracles Ministry (MFM) FC of Lagos, insisted that he will not raise umbrage and that he will only keep urging his players to remain calm, in order not to be distracted from the task of staying fit at all time.

Ilechukwu retorted: “It’s true that I am being owed at Heartland, but I don’t want to make any issue out of it. I am even encouraging my players to stay calm, they should just concentrate of staying fit during this lockdown. I am being owed five months, but the issue for now is how to overcome COVID-19 and see if the season will resume and what we will do next in the team.”

A different approach to the issue was aired by Obuh, who has also worked with Sharks of Port Harcourt, Akwa United of Uyo, Sunshine Stars of Akure and Enyimba of Aba, as he put the blame squarely at the feet of club administrators in the country, but admitted that coaches and players cannot speak out for fear of being victimized and losing much more than they are owed.

Obuh submitted: “Talking about Nigerian league clubs owing players and coaches is mostly about the attitude of our administrators. Many of our coaches are still being owed up till now; even I was owed and I’m still being owed, but how to get your money is always a problem.

“The one that did not pass through them, even if you get victory, maybe you pass through FIFA and you get victory, you’ll be blacklisted. Most times you find out that so many of our coaches who fought for their money will end up not getting another contract from another team because the caucus that are managing football are the same.

“It is not about contracts, I know how many clubs that I signed a very good contract and they did not complete paying me. There are some contracts I signed that were not fulfilled fully by the clubs but I have not got my full payment; yet it is difficult to get what is mine. I know what to do and how to go about it, but the system does not encourage me to do it.

“By the time you really want to follow it up as a case, just be rest assured that you might not able to have another contract because most of these managers are the same all over. Asking for your rights from any club in this country may mean not getting another contract at another club.

“You have to be careful how you face the officials, because there is a caucus among them. Once you ask for your rights at any team that wrongs you, they will call you a troublemaker and the message goes round that you are troublesome and other clubs will not be ready to give you a contract in future. That’s why everyone is keeping quiet.”

Incidentally, Rivers United earlier came out with an update on their matter with FIFA, who hit them with a three windows transfer ban, after Ghanaian goalkeeper, Samuel Akurugu reported the club over unpaid salaries and breach of contract.

The Garden City club disclosed in media a statement that they are on top of the matter, adding that they are already working towards settling the shot-stopper’s entitlements and assured that they will reach amicable resolutions with FIFA.

The club’s statement read in part: “Our attention has been drawn to reports circulating in some sections of the media that Rivers United FC has been hit with a transfer ban for three windows by FIFA owing to some issues surrounding one of our former players, Samuel Akurugu.

“We are in possession of the said letter from FIFA and every effort is being made to resolve all issues surrounding the development and we are very hopeful that we will come to an amicable settlement. We are in touch with the player and all signs point to a quick concurrence in a couple of days as regards settling some pending entitlements.”

In the same vein, the president of Association of Nigerian Professional Footballers (ANPF), Tijjani Babangida said the players’ union will step up its efforts at putting an end to recurring stories about clubs in the NPFL and other divisions of football in the country failing to make payments as at when due.

Babangida, who was part of Nigeria’s 1996 Olympic Games gold winning under-23 squad as well as the Super Eagles’ teams to the 1998 World Cup and 2000 Africa Nations Cup, told Brila FM on Monday: “We have already all the club captains to come forward and bring all the names and I think we already have from Taraba United, who said they have been owed since 2015.

“We will send all these names we are going to gather to FIFA and Fifpro. I was surprised when they called me to tell us FIFA already are asking us to write them. We had already communicated with the captains of the clubs because we have a platform.”