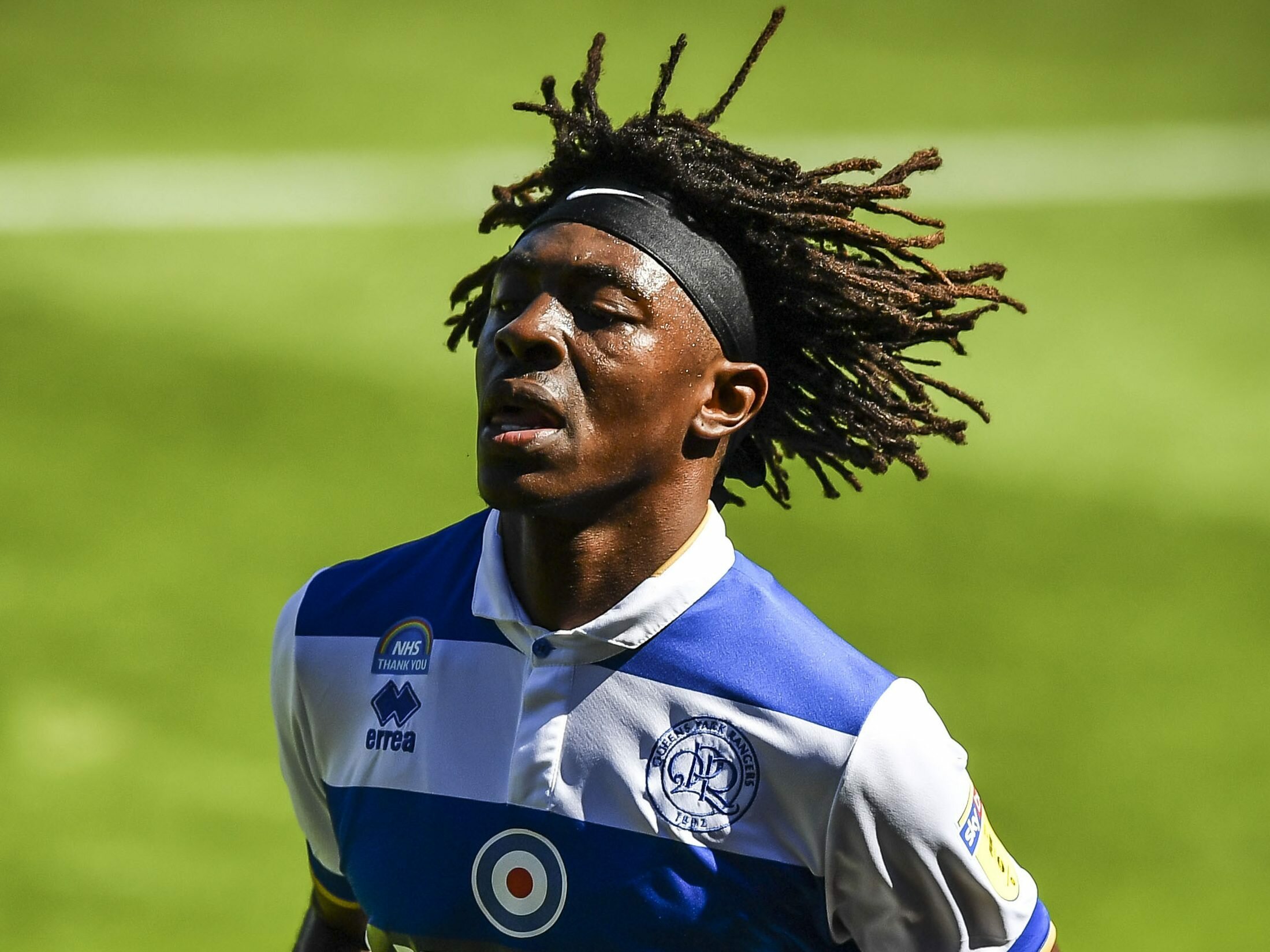 Queens Park Rangers of England midfielder, Eberechi Eze has lost the chance of joining Crystal Palace in a £12m deal sequel to his club’s decision to snub a bid by their fellow-London-based counters, megasportsarena.com reports.

Such is the disappointment the lad being courted by Nigeria Football Federation (NFF) would be facing, following reports that Palace have had a bid in excess of £12m rejected by QPR for the dreadlocks-wearing lad, who is also attracting the attention of another London-based EPL club, West Ham United.

A deal at Selhurst Park would have seen Eze step up from competing in the lower-cadre league English Championship with QPR into a shot at English Premier League action next season; but that will not be the case for the Nigerian-born England under-21 national team star, who has gained immense attention after he scored 14 goals in 46 appearances this season.

He has thrilled audiences and pundits in the second-tier league with his skills, deft touches, mesmerizing moves, accurate passes and rain of goals helping The Hoops finish 13th in table; but an additional report by West London revealed that Palace are preparing to make a new offer for him and his fellow-Nigerian-born QPR pal, Bright Osayi-Samuel.

However, a move for Samuel-Osayi appears far-fetched for The Eagles, as they will have to match a fee of £4.7m bid that Club Brugge of Belgium had earlier tabled for the former Super Eagles’ invitee, which left Palace with an option of trying to grab 22-year-old Eze, who they had been tracking for some time.

One big snag, though, that is standing as a huge stumbling block in the prospects of Palace getting Eze is that their bid was well below QPR’s £20m selling price, which was rejected by The Rs, as The Eagles could only table an £8m offer for the dazzler, who several clubs in and outside England have enquired about.

QPR’s director of football, Les Ferdinand, earlier tipped the attacking midfielder to make Gareth Southgate’s England senior squad for the European Championship, which was postponed until 2021 due to the coronavirus pandemic, and The Rs intend to keep hold of the lad, who signed a three-year deal that runs until June 2021 with them in 2018.

Incidentally, the London-based second-tier club still face a stiff challenge to keep hold of Eze beyond this year’s summer transfer window, which will run for 10 weeks from July 27 and close at 11pm on October 5; after which a domestic-only window for trades between the EPL and English Football League then runs from October 5 and closes on Friday October 16 at 5pm.

Another report by Football.London revealed at the start of this week that recent English FA Cup winners, Arsenal have also entered the race for Eze, who has been listed with Josh Dasilva and Said Benrahma of Brentford as well as Louie Sibley of Derby County in likely moves to Emirates Stadium this summer.

The report expatiated: “It has been suggested that Arsenal have a limited transfer budget this summer and Mikel Arteta has been advised to borrow a page from Arsene Wenger’s books by looking at the promising players in the English second-tier.

“Queens Park Rangers’ Player of the Year, Eze has been heavily linked with a move to the Premier League before the close of the summer transfer window, with West Ham, Crystal Palace, Newcastle United and Tottenham Hotspur mentioned as possible destinations.

“Eze has a past with Arsenal as he was a schoolboy at the north London club before he was released at the age of 13. The 22-year-old enjoyed a productive season at QPR, scoring 14 goals and setting up eight others in 46 starts in the Championship.”

British tabloid Daily Mail added: “QPR have rejected an offer from Crystal Palace for Eberechi Eze. The 22-year-old midfielder has excelled for the west London club this season, sparking interest from the top-flight.

“West Ham United and West Bromwich Albion are both keen on Eze. Palace have tried to get a jump on their rivals with a £12m offer. QPR are seeking at least £18m for Eze, who has been touted as a future England international.”

The Sun also reported early Sunday: “Palace are set to miss out on QPR attacking midfielder Eberechi Eze after refusing to meet the Championship’s sides £20million valuation. The Eagles made an offer with an initial payment of £8million up front, with a further £4m in add-ons to take the total package to £12million.

“However, some of those add-ons were rather ambitious and based on the team qualifying for European competitions. QPR thought the add-on clauses were unrealistic and have asked Crystal Palace to make another bid in the region of their £20m valuation.”