Taiwo Awoniyi Gives Testimony, Says: Faith Means Everything To Me 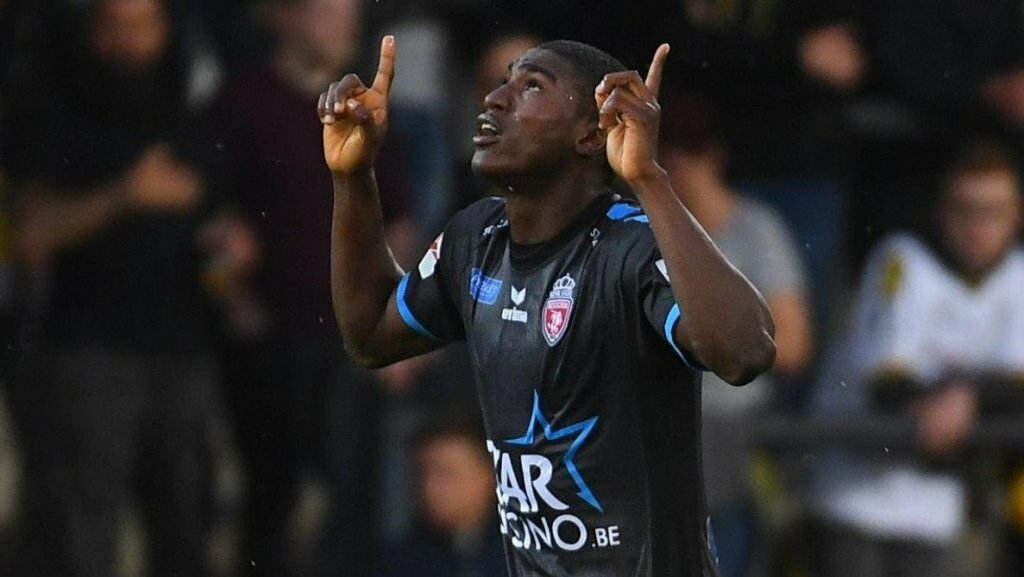 SV Mainz of Germany striker, Taiwo Awoniyi is still giving thanks to God for saving his life from a potentially- career ending and serious death scare during a German Bundesliga match, but says the incident only helped to build his faith to a higher level, megasportsarena.com reports.

As he reflected on his first season playing in Germany and another spell on loan from Liverpool of England, Awoniyi admitted he would have loved to play for The Reds in the English Premier League and be part of their historic title- winning surge, but he enthused that he has every reason to be grateful to God for sparing his life.

He acknowledged too that he was able to make the best of his stay in Germany, especially after the restart following the temporary halt caused by coronavirus, as he scored his first goal in the German top-flight and got a chain of three straight starts for the first time since the best season of his loan expeditions when he played at Royal Excel Mouscron of Belgium two years ago.

Although the 22-year-old former youth international is yet to find his feet at Anfield five years after signing for Liverpool, Awoniyi added that he has no regrets over signing a long-term deal with The Reds in August 2015 and the product of Sheyi George Olofinjana’s Imperial Football Academy of Odoogbolu in Ogun State is only looking on the bright side of life.

Indeed, he has not been able to settle down with Liverpool due to his inability to secure a work permit, as he is yet to be a senior international with Nigeria’s Super Eagles, but Awoniyi has cast a look back at what became his sixth loan spell and concluded that he remains thankful that God saved him from what would have been a disaster when he suffered a serious head injury.

The UAE 2013 FIFA U-17 World Cup gold medalist recounted how he suffered concussion and had to be was lifted off the pitch on a stretcher then rushed to hospital after suffering a clash of heads with Augsburg’s Nigerian-born defender, Felix Uduokhai in June; and, though his side lost that game 1-0, Awoniyi stressed that he will forever thank God that he did not lose his life.

Awoniyi told BBC Sport Africa: “I can never underestimate the impact of faith on my life and career. God used the referee [Marco Fritz] on the pitch before they took me to the hospital. I fell awkwardly and that image scared a lot of people including my family and friends, but the quick intervention of the referee and medics from both clubs was swift.

“Most significantly, I recovered remarkably quickly and it was a moment of deep reflection about God when I left the hospital. Faith means everything to me; I put it above football and faith provides one possible explanation as to why we are all here and alive.”