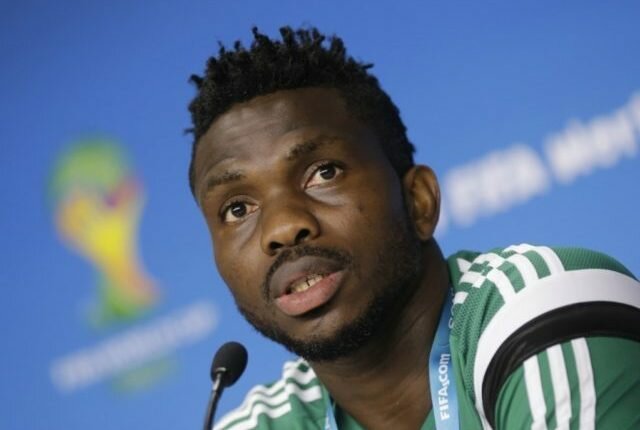 Although Yobo is not known to have any confirmed coaching training and certificates, the NFF appear ready to bank on his leadership qualities and oratory acumen to see him inspire the current set of young players in the squad.

With that in mind, the NFF on Wednesday confirmed that the former Olympique Marseille of France, Everton and Norwich City of England as well as ex-Fernebahce of Turkey central defender will now take over as assistant coach under Gernot Rohr when the camp opens early next month.

Dramatically, in appointing Yobo as Eagles’ latest assistant coach, the NFF have finally given the exit fiat to Imama Amapakabo, who many fans and analysts call for his sack, after he failed in three recent assignments, two with the home-based Eagles and one with the under-23 national team, Olympic Eagles.

“Yobo, who played for the Nigeria U20 boys – Flying Eagles – during the FIFA World Youth Championship (now known as FIFA U20 World Cup) in 1999, won his first cap for the the senior team in an Africa Cup of Nations qualifying match away to Zambia in Chingola in April 2001, and played in three FIFA World Cup finals in 2002, 2010 and 2014.

“A thoroughbred and dedicated professional who played his club football in five countries, including sterling appearances for Olympique Marseille in the French top flight, Fenerbahce in Turkey and Everton FC in the English Premiership.

“Joseph Yobo scored several crucial goals for the Super Eagles in important qualifying matches for the FIFA World Cup and the Africa Cup of Nations. He was also among the scorers when the Eagles thrashed South Africa’s Bafana Bafana 4-0 in a group phase match in Tunisia 16 years ago.

“Born Joseph Michael Yobo on 6th September 1980, the flamboyant stopper also played club football in Belgium with Standard Liege, Tenerife in Spain and Norwich City in England, having started out with Michellin-Harcourt in Rivers State in 1996.”