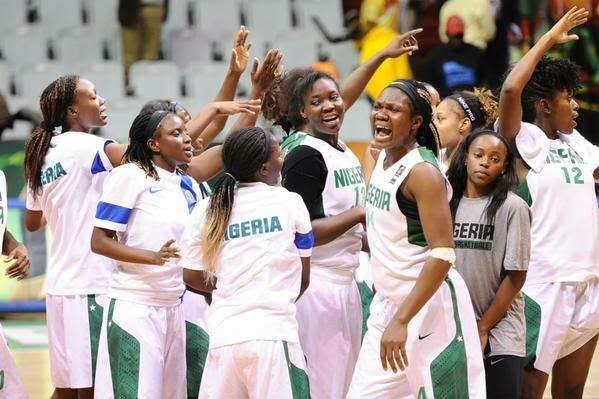 D’Tigress of Nigeria head coach Otis Hughley has announced a strong 12-player roster for the FIBA Women’s Olympic Pre-Qualifying Tournament Africa, including nine players from the team that won the FIBA Women’s AfroBasket 2019.

Answering the call for the D’Tigress play-caller is captain Adaora Elonu as well as Evelyn Akhator, Promise Amukamara, Aisha Balarabe, Ify Ibekwe, Sarah Imovbioh, Ezinne Kalu, Victoria Macaulay and Atonye Nyingifa from the team that won the title in Senegal in August.

With Nigeria looking to remain alive for a spot in the FIBA Women’s Olympic Qualifying Tournament (WOQT), back in the mix is the United States-based Upe Atosu, who last played for the white and green when they won the FIBA Women’s AfroBasket crown in 2017.

Hughley added to his team Elizabeth Balogun, who plays at the University of Louisville and was named the Atlantic Coast Conference rookie of the year when she played at Georgia Tech University.

The 19-year-old Balogun would be making her international debut, as would Kunnayi-Akpannah who narrowly missed making the team for the FIBA Women’s AfroBasket 2019.

In addition, Elo Edema, Sarah Ogoke and Jasmine Nwajei have been listed as stand-by players for the team.

The two winners in the Semi-Finals will automatically book their tickets to the 16-nation WOQT and the two losers will face off for the third berth from Africa in the WOQT.

The three African teams will play in the WOQTs with the top three teams from each of the three WOQTs qualifying for the 2020 Tokyo Olympics.