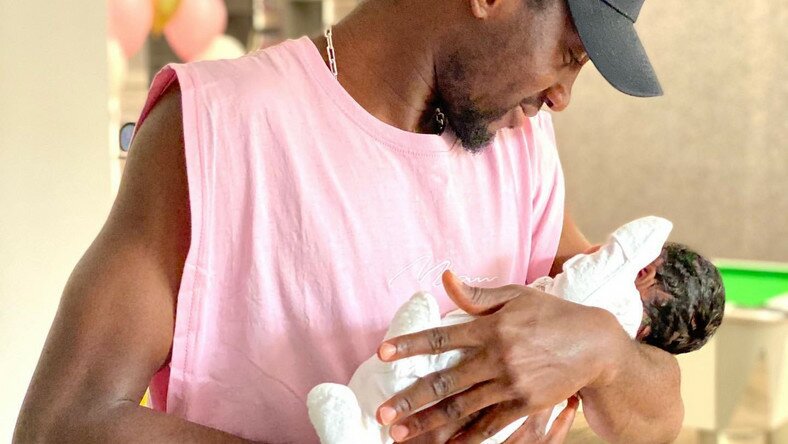 Leicester City of England midfielder, Wilfred Onyinyen Ndidi has thrown more light on the factors that led to him picking an unusual name for his baby daughter, as he says he cannot forget the grace of God in his life and the best way to help him remember on a dally basis is by calling his daughter a name that glorifies The Almighty.

Ndidi stated as much n the wake of the birth of his first child on Friday, as megasportsarena.com gathered that his wife put to bed and they welcomed to the world a lovely lass that they went on to name ‘Jaina,’ which the former Racing Genk of Belgium star explained s a reflection of the grace of God n his life and acknowledgement of all the divine help he has gained in his career.

This is coming just under a year after the couple got married in May 2019, and Ndd admits it is a big blessing that they have been blessed with their first child, which he described as a big bundle of joy that has been added to his amazing surge on the football pitch with club and country.

Indeed, there has been a massive career progression for Ndidi, who grew up at Ikeja Army Cantonment in Lagos and shot to limelight while playing with Nath Boys FC in the Lagos Youth League, from where he gained an invitation to the under-17 national team, Golden Eaglets n 2012.

The 23-year-old Ndidi is having the best season of his career, with top marks, superb rave reviews and several amazing statistics rolling in his favour, while also being linked with a summer transfer to Arsenal, Liverpool and Manchester City, as well as some other top sides in Europe.

He has played a vital role in Leicester’s revival this term, having made 29 appearances in all competitions for Brendan Rodgers side and scored two goals for The Foxes, who placed third in the English Premier League before the season was halted by coronavirus.

His level of joy has now gone a bolt higher, after he and his wife, Fortune Dinma, were blessed with a pretty little lady, who the vastly improved Super Eagles’ star described as another sign of the grace of God in his life and career.

While adding a hint about his delight with the joy that s constantly brought into his heart by his wife Ndd too to social media to reveal his feelings over the arrival of his baby and stated with glee: “I’m Fortunate to know that ‘God is gracious’- Jaina,”