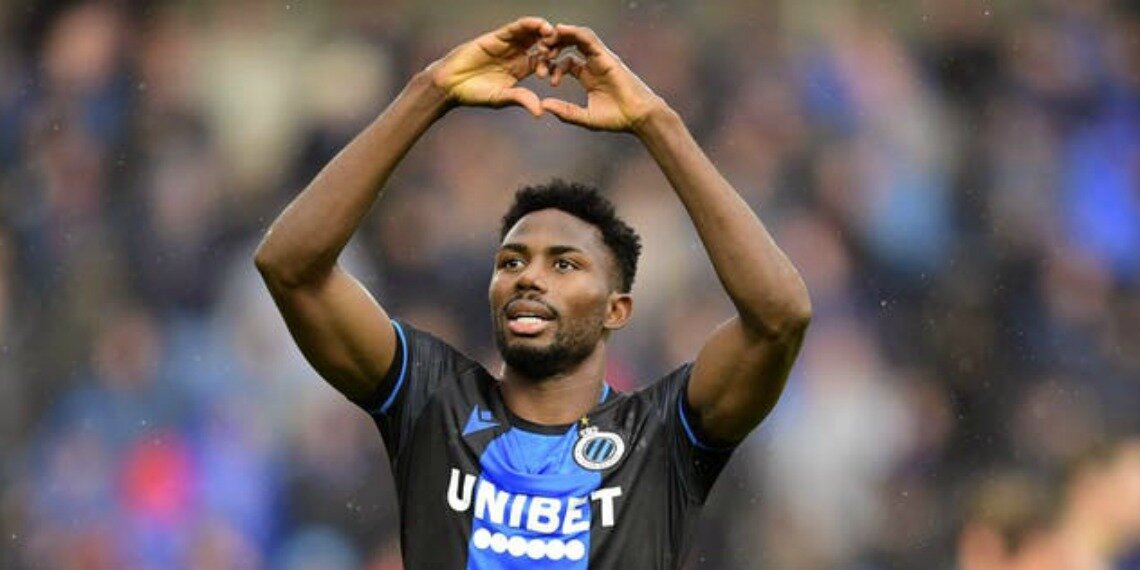 Club Brugge of Belgium attacker, Emmanuel Bonaventure Dennis has attracted January transfer interest from Leicester City of England, with the possibility of a deal at the start of 2020, megasportsarena.com has scooped.

A deal at King Power Stadium would see Bonaventure step into the space vacated last season by Super Eagles’ captain, Ahmed Musa, but put pressure on out-of-favour compatriot, Kelechi Iheanacho, whose time with The Foxes appears to be nearing an end.

Leicester’s other Nigerian player, Wilfred Onyinyen Ndidi keeps rising on personal scales, following his arrival from Racing Genk of Belgium in 2017, such that The Foxes’ boss, Brendan Rodgers believes getting Bonaventure from another Belgian club could be a smart move to end his limitations in attack.

Consequently, British tabloid, Mirror reports that Rodgers is eyeing Bonaventure as part of his January reinforcement moves, as he aims to consolidate his side’s third-place position in the English Premier League and intensify their chances of picking a UEFA Champions League ticket.

The 21-year-old Bonaventure appears to be an ideal choice for Rodgers, as the Super Eagles’ rookie already has three goals in nine league games for Brugge this season and scored twice against Real Madrid in the Champions League last month.

Bonaventure is also being tipped to do what Iheanacho has failed to do, in adding competition for a shirt upfront with Leicester’s top striker, Jamie Vardy, who is the former champions’ current highest goals scorer this season in the EPL, with 10 beauties to his name already.