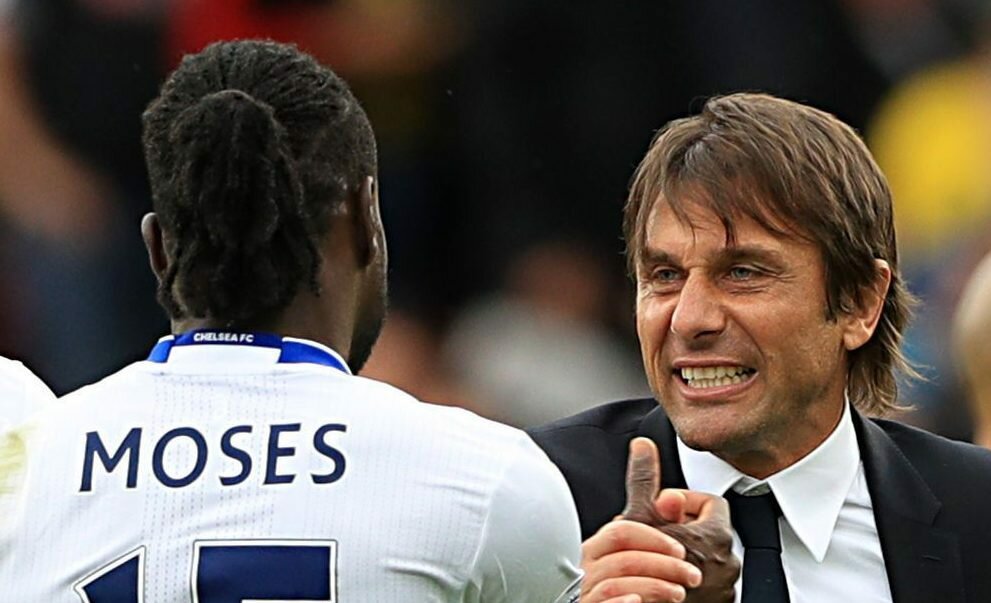 Fernebahce of Turkey winger, Victor Moses may end up making a desperate move to Inter Milan of Italy, sequel to unfolding controversy over the deal that took him to Istanbul from Chelsea of England, such that he is seeking a new lease of life in the second half of the ongoing season.

Megasportsarena.com gathered that startling reports out of The Land of The Ottoman indicates that an official of Fernebahce is now under scrutiny for allegedly personally cornering some revenue from the agreement that saw Moses arrive in an 18-month loan deal last January, such that tension is now brewing between both clubs, even as the man at the centre of the scandal hurriedly resigned.

This adds to an already escalating cold war between Moses and the technical crew of the Turkish Super Lig club, who are miffed at the player’s loss of form and repeated bouts with injuries, such that Moses had been tipped for a return to Chelsea this month, but he may now take up the chance of reuniting with the London club’s former coach, Antonio Conte at Inter.

The former Super Eagles’ star has not been able to take part in twelve matches played by Fernebahce this season because of a muscle-related injury and is set to miss Saturday’s trip to Gaziantep FK as he has not resumed full training with the rest of his teammates.

Although he showed flashes of brilliance in the second half of last season, ending the campaign with four goals in 14 Super Lig matches, an injury setback that hit him on the very first day of the current campaign set the stage for diminishing returns for him at The Yellow Canaries.

Fortunately, for him, The Nerazzurri have reportedly reopened an interest they had in the former Super Eagles’ star early last year, such that the coast now appears cleared for him to finally shift base to The San Siro.

A report by allnigeriasoccer.com quoted renowned transfer market expert, Gianluca Di Marzio revealed that Inter are set to reopen links they first had with Moses last summer, before they went on to sign Valentino Lazaro from Hertha Berlin of Germany.

However, Inter are again in the market for reinforcements, especially players who can play several positions on the field of play, such that the focus has once again shifted to Moses, who excelled as a right-wing-back under Conte at Chelsea.

Should Inter now fail to reach an agreement with their Serie A rivals, AS Roma for a swap deal involving Matteo Politano and Leonardo Spinazzola, they will turn their attention elsewhere, but the clincher is that Conte wants to work again with Moses, with whom he won the English Premier League title in 2017 and FA Cup the following year.

Inter Milan’s top brass are equally said to be keen on working out a deal for the 29-year-old Moses, who has entered the final six months of his deal with Fernebahce and whose current market value is around ten million euros, but the San Siro side are proposing a loan deal for the crafty lad, who played 78 matches across two seasons during Conte’s spell at Chelsea.

All this comes at a point reports out of Turkey indicated that the man who played a key role in taking Moses to Fernebahce, Damien Comolli has resigned from his position as sporting director at the club, after 17 months in charge.

The Frenchman is under investigation regarding 27 signings he made during his days with the top-flight Istanbul-based club, where his deal for Moses from Chelsea also under scrutiny, such that the former Crystal Palace and Wigan Athletic of England dazzler, who has previously played on loan from Chelsea to English Premier League rivals Stoke City, Liverpool and West Ham United does not want to be a part of the controversy any longer at The Yellow Canaries.

Turkish media outlet, Tele 1 added: “Victor Moses was another Comolli transfer. But so far has not been able to meet expectations. Moses, because of injury was away from the squad.”