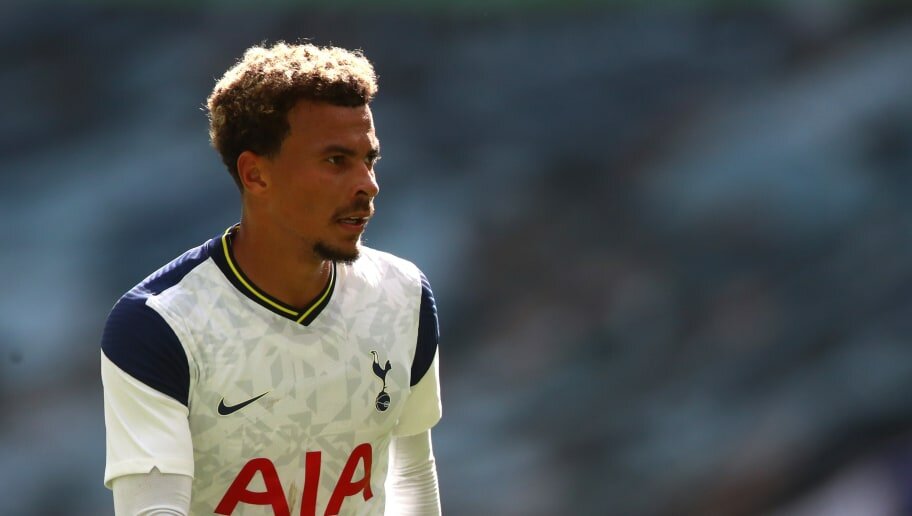 So soon after Alli was snubbed by Madrid’s coach, Zinedine Zidane, who said he is not interested in getting the Nigerian-born England international as a replacement for Bale at Santiago Bernabeu, the youngster has found solace in speculation lining him with Inter and PSG, who are both reportedly keen on signing him this month.

The development also comes after Alli was left out of Spurs’ squad for Thursday’s UEFA Europa League qualifying win over Lokomotiv Plovdiv of Bulgaria, and British tabloid, Daily Mail stated that chances of the 24-year-old star moving before transfer deadline day is a realistic possibility.

The report adds that PSG are prepared to give Alli the opportunity to revive his career in France, while Inter’s coach, Antonio Conte is a long-term admirer of the dazzling attacking-midfielder; but Tottenham are apparently reluctant to offload the MK Dons product on a permanent basis.

This comes just after reports emerged that Zidane turned down the chance to include as part of Bale’s return to Tottenham a deal for Alli, who has spent six seasons with Spurs, with a total of 223 appearances in all competitions under his boots for the North London-based outfit.

Alli was offered up to Real Madrid in a bid to supplement the Welshman’s mammoth £500,000-a-week wages, but an additional report by AS disclosed that Zidane vetoed the move simply due to memories about the mulatto player’s cynical comments after Spurs’ 3-1 win over Real in the 2017 UEFA Champions League, when he allegedly said: “I should’ve scored a hat-trick.”

Zidane was reportedly incensed hearing Alli say his brace was not good enough in that match, even as one of the goals was deemed offside and the other a deflection, while the Los Blancos’ gaffer argued that his side was hit by several injuries on that cold Wednesday night in London.

Alli’s £100,000-a-week wages also proved to go against him, with the Spanish champions looking to free up space on their wage bill when they eventually make a move for Kylian Mbappe from PSG, but the Nigerian-born lad appears to be paying the price for saying: “I’m disappointed I didn’t get the hat-trick. I had an easy chance at the end from a great ball in by Kieran [Trippier].”