Tyronne Ebuehi Heading Back To Holland On Loan From Benfica 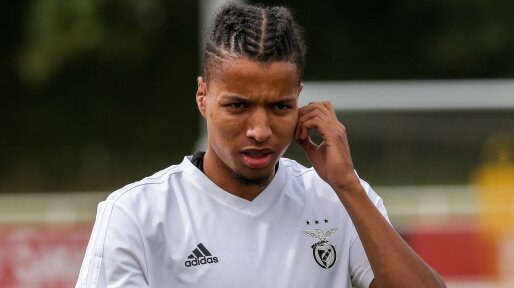 Benfica of Portugal full back, Tyronne Ebuehi could on his way back to the country of his birth, Holland, next week, following feelers that officials at his Iberian club are considering a loan deal that would help him revive his career, megasportsarena.com can report.

Indeed, the once promising strides of Ebuehi have been beclouded by injury, hence his inability to cement a place in Benfica’s squad since joining them from ADO Den Haag of Holland in June 2018, and he could be heading back to The Netherlands to regain his pride and lost status.

This much has been provided by Portuguese news outlet, abola.pt, which disclosed that Benfica are set to loan Ebuehi to a top-flight club in the Dutch Eredivisie this month, in order to aid his focus and recovery outside Estádio Sport Lisboa e Benfica, where he arrived with so much hupla and great expectations on a free transfer and signed a five-year contract.

The Portuguese Primeira Liga Champions are trying to provide a soft-landing for Ebuehi, after the fair-skinned defender suffered a cruciate ligament injury during pre-season few weeks after his arrival in 2018, then got a relapse in training last summer and returned to the sideline for the second straight campaign running.

As a result of his injury blight, Ebuehi has only been able to feature in seven games for Benfica’s under-23 side, plus four appearances for their B-team, but The Reds are now set to send him out on a six-month loan to deal in Holland before the close of the ongoing winter transfer window.

It is now left to be seen if Ebuehi would be able to make the best of familiair terrain back in the country of his birth, as he earlier made 78 appearances and a goal in the Dutch Eredivisie while at Den Haag, with which he spent four years at Cars Jeans Stadion before moving to Benfica.