Romelu Lukaku Sleeps In ‘Biggest Bed Ever’ At His Home In Milan, Italy

on: January 17, 2020In: Football, football, Serie A, Serie A, SportsNo Comments
Print Email 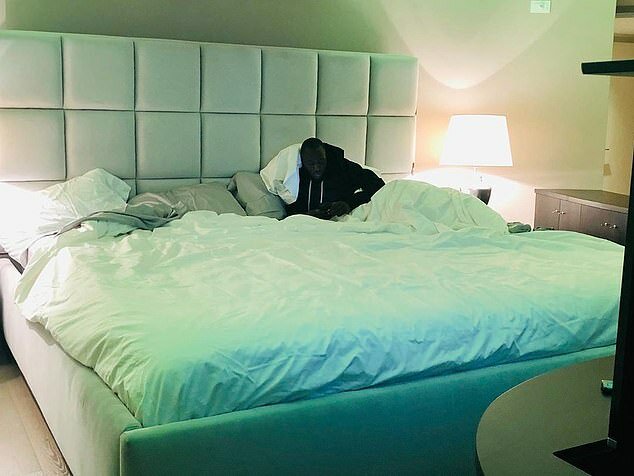 Inter Milan of Italy striker, Romelu Lukaku is apparently the owner of the biggest ever bed any professional footballer the world over would be found sleeping in, megasportsarena.com gathered.

This follows a graphic revelation by the player himself, as the former Everton, Chelsea and Manchester United of England hitman took to social media to showcase his uncanny possession, which has brought up an unexpected reaction from Lukaku’s teammates, as several players at San Siro were seen pocking jokes at him over his prized asset.

The core of the joke is that Lukaku, who is well over 6ft tall in his football boots, looks tiny in his brand new bed, but the Belgian ace believe he now has somewhere huge enough to get his head down and go beyond storming to second spot in the Serie A’s current goals’ scoring chart.

Lukaku, who already has 14 goals and two assists in 19 Serie A appearances this season, two goals in a single Coppa Italia outing, as well as two goals and same number of assists in five UEFA Champions League matches, making a total of 18 goals and four assists in 25 appearances, is proud of his ‘Rolls Royce of Bed.’

However, his Inter pals are seeing only the funny side, joking that it is large enough to sleep 15 people, after the 26-year-old shared two photographs on Instagram of him lying under the huge covers as he thanked a company, Maree, for the delivery, saying: “New apartment, new bed.”

Some of his Inter team-mates, though, took the opportunity to poke fun at their top scorer, with defender Andrea Ranocchia asking, “Is it for 15 people?” while ex-Everton keeper, Joel Robles, who played with Lukaku during the striker’s four years at Goodison, joked: “Bed for seven?”