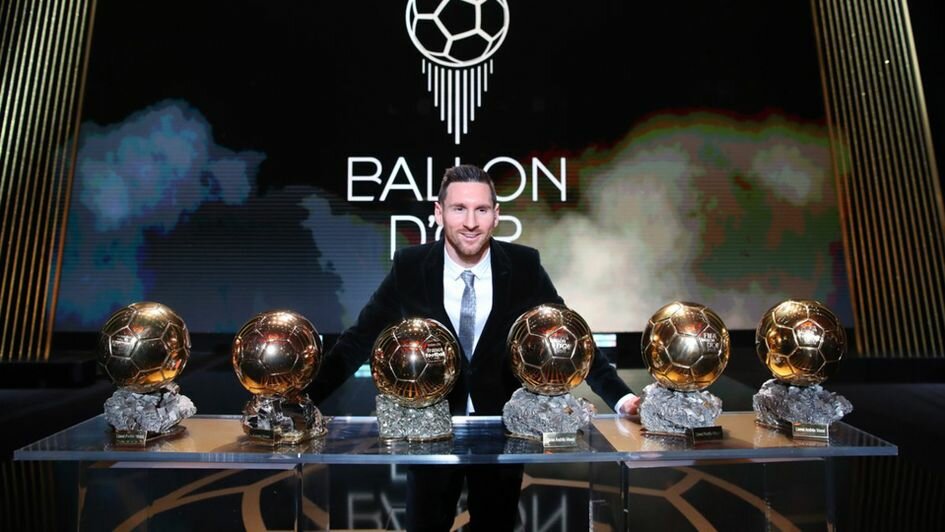 Barcelona of Spain star, Lionel Messi on Monday shot one ahead of his fiercest rival, Juventus of Italy icon, Cristiano Ronaldo with another conquest of the glamorous Ballon d’Or award in Paris, France, but many fans and pundits were left questioning the rationale of this year’s vote, which gave the Argentine demi-god his sixth ball, as against five held by the Portuguese ace, megasportsarena.com reports.

Dramatically, after nicking his latest gong, Messi confessed that he was hurt when Cristiano Ronaldo joined him on five Ballon d’Or awards and, after picking his sixth title last night, added that he understands why his rival opted not to attend the ceremony in Paris, France.

The prestigious Golden Ball is back in Messi’s hands, after edging out Liverpool central defender, Virgil van Dijk to claim a sixth success, 12 months after he dropped to fifth position in the vote, and four years since he was last recognised as the finest player on the planet.

While the Argentine got the ball in Paris, Ronaldo was named Serie A player of the year on the same night in Milan, Italy, and some observers were left wondering if he did not deserve to be named Ballon d’Or winner ahead of Messi, instead of falling to third behind Virgil van Dijk as well.

Incidentally, en route to claiming the best forward and most valuable player awards in the Italian top-flight, the Portuguese icon won the league in his first season in Italy with La Bianconeri, for which he scored 26 goals and helped them clinch another domestic title.

CR7 scored 21 times in 31 appearances, finishing fourth in the top-scoring charts, while also helping Portugal with the inaugural Euro Nations League, but Messi fell short with Argentina at Copa America and with Barcelona in both Copa del Rey and the UEFA Champions League.

However, data leading up to Monday’s event revealed that van Dijk was only seven votes away from stopping Messi from getting his sixth Ballon d’Or, as the poll released by France Football via Sport Witness show just how close the voting was.

It was noted too that votes work with each player receiving, six, four, three, two or one point based on their ranking from each individual voter, and ultimately it was the Argentina star, who also won La Liga last season, who emerged victorious.

Messi fired 51 goals for his club across the 2018-19 season, while Van Dijk led Liverpool’s charge to their sixth European Cup, defeating Barcelona on the way, but the Argentine star garnered a total of 686 points for his achievements, while Van Dijk fell narrowly short on 679.

They left third-place Cristiano Ronaldo behind – the Juventus forward had 476 votes and Van Dijk’s team-mates Sadio Mane and Mohamed Salah completed the top five with 347 points and 178 respectively.

Afterwards, Messi hinted on his retirement, with a startling suggestion that his playing days would soon be over but he feels he still wants to enjoy the moment on the pitch.

Messi stated: “I am aware of how old I am and these moments are more enjoyable because retirement is approaching and it is difficult to repeat it. I can do what I love since I was one or two years old and I will have several more years of enjoying.

“Although I have several more years left, at the moment it seems that time flies and everything happens very fast. I hope to continue enjoying football, my family, my rivals and this life that I have.”