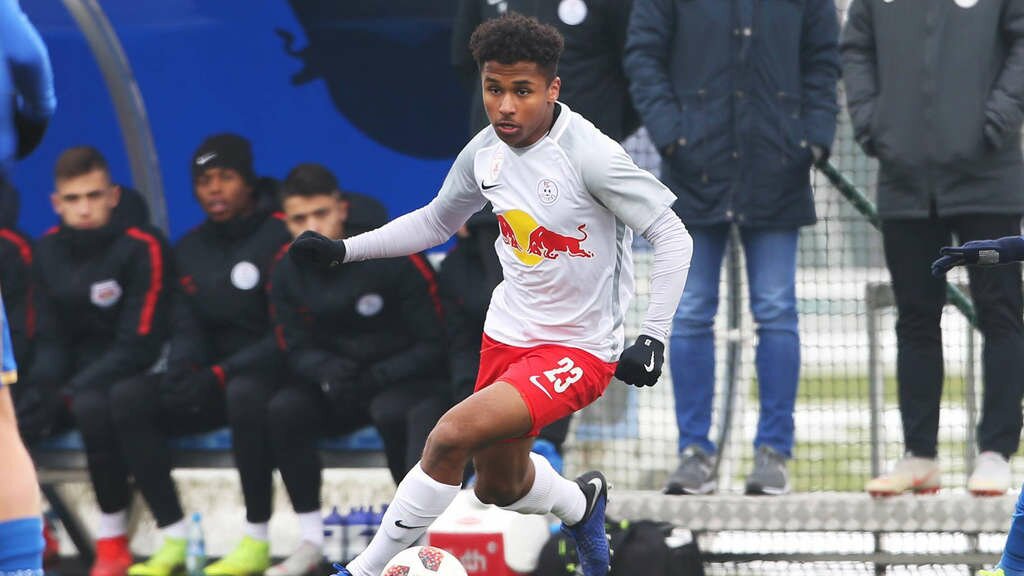 RB Salzburg of Austria attacker, Karim Adeyemi has missed out on a possible move to Barcelona of Spain, as his club officials have sensationally turned down a bid by the Catalans, megasportsarena.com gathered.

Rather than play ball with Barca over the possibility of the Nigerian-born lad, who is currently on-loan at Austrian lower division side, FC Liefering, making a move to Camp Nou in the January transfer window, Salzburg insist they want to keep Adeyemi for the near future.

After watching Adeyemi since the start of this season and weighing up moving for him in January, Transfermarkt reports that Barca eventually contacted Salzburg’s sports director, Christoph Freund about the attacker, with a €15m offer on the table.

However, Freund insisted Salzburg do not want to lose the 17 year-old forward, whose talents have also attracted the English Premier League duo of Arsenal and Liverpool, who were thrilled seeing him pick the Fritz Walter Medal award from Germany’s Football Association (DFB).

After receiving the award for the best young talents in German football, Adeyemi said he had been motivated to step up his efforts, work even harder and target achieving as much as those that got the medal before him, or even outshining them all.