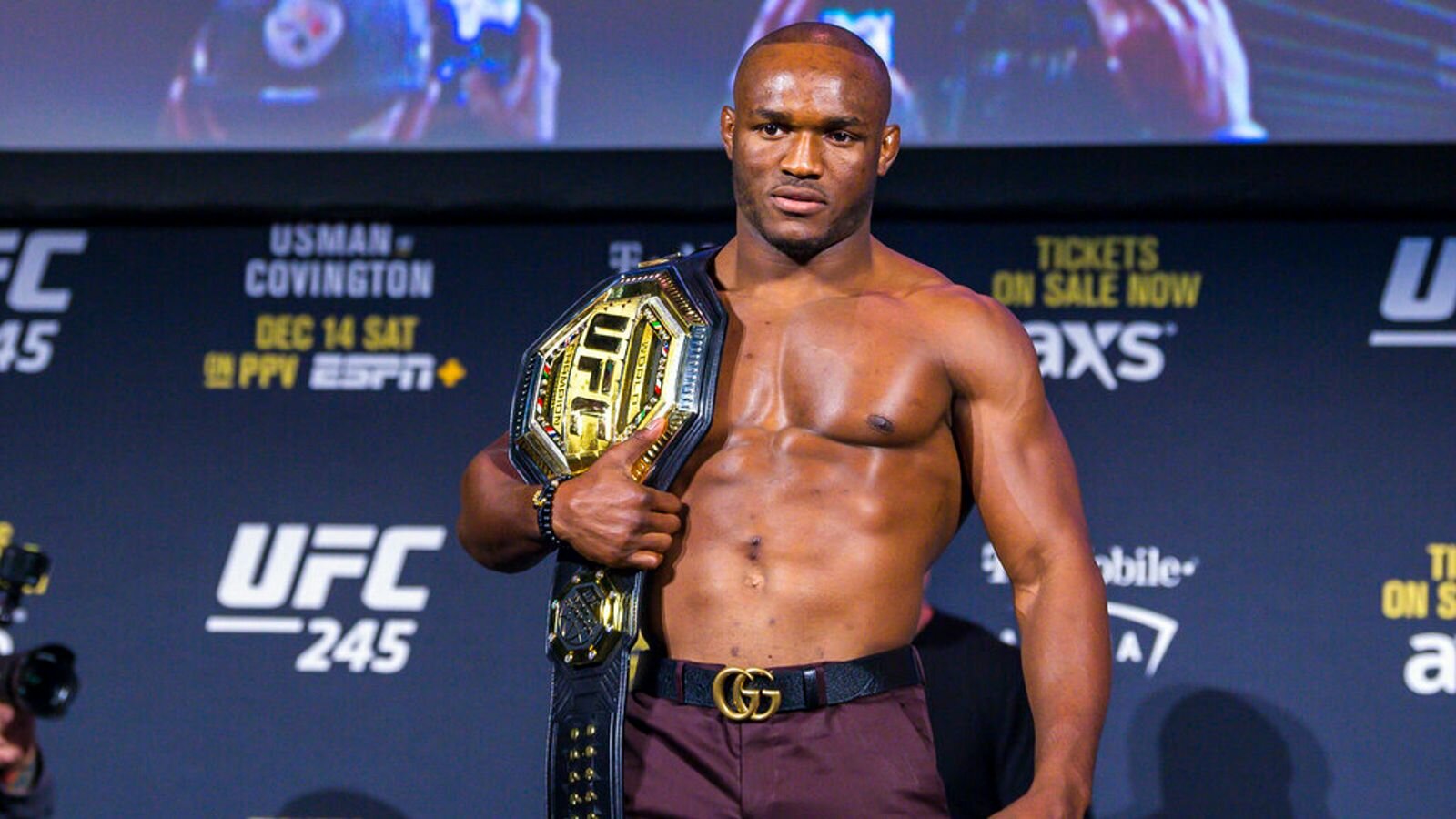 Nigeria’s Ultimate Fighting Championship (UFC) world welterweight champion, Kamaru Usman is blowing hot after his latest title defence and he has openly called out every other rival that is seeking bragging rights in the division.

Megasportsarena.com reports that, in what could be his biggest boast ever, ‘The Nigerian Nightmare’ roared about his ability to beat anyone who comes his way, following his victory over his former training partner and friend, Gilbert Burns of Brazil.

It became the 33-year-old Usman’s 13th consecutive UFC victory and the champ (18-1) defended his title for the third time, with yet another resourceful, clever performance that ended in the third round with a fierce display of power to stop Burns (19-4).

‘The Nigerian Nightmare,’ who joined six fighters have racked up 13 straight UFC victories, wasted no time calling out previous opponent Jorge Masvidal. The two met in July last year at UFC 251, with Masvidal taking the fight with only six days notice.

Usman, who earned a unanimous decision win, however, admitted he was satisfied with how the fight went and now wants a rematch, saying: “That fight – he had a built-in excuse, that’s the only reason he took that fight, we tried to make that fight twice before he said ‘No’. He’s been saying no.

“The only reason he took that fight on Fight Island is because there was a built-in excuse. He was training the whole time! But he said, ‘Oh, I only had six days’ notice. So that’s why that went that way.’ Well, guess what – I’ll give you a whole training camp, and this time I will stop him. I promise you.

“That’s why I was disappointed in myself that last fight, because I know I could stop him. But with all the circumstances that took place, I just went out there and dominated him from start to finish. So this time I will stop him if he wants to step up. But I guarantee you, he doesn’t want to. He’s going to be quiet.”

Victor Osimhen In Contention For Return To Action With Napoli
Megasports
https://t.co/CzCHGjV1hy