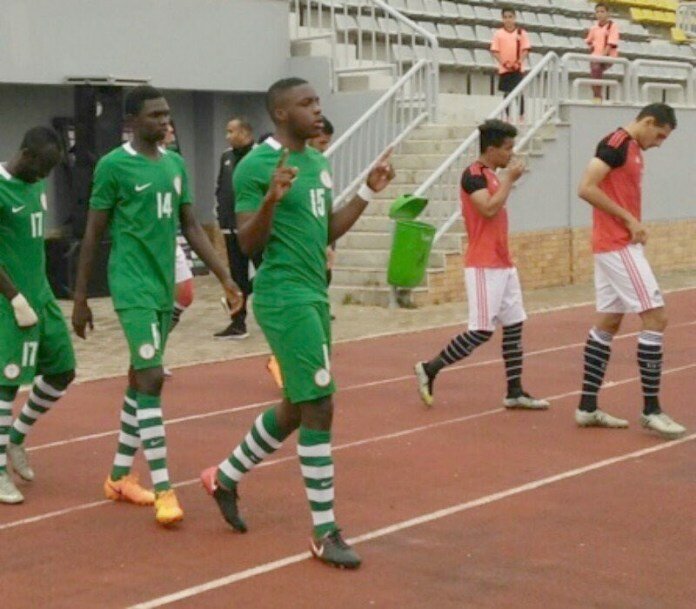 Bournemouth of England fringe player, Nnamdi Ofoborh has declared that his biggest delight heading into the FIFA U-20 World Cup was the opportunity for him to shine in front of watching eyes across the globe.

Ofoborh has been earnestly knocking on the door of a regular spot in Bournemouth’s first team but, with that chance yet to fully materialize, he admitted playing at the Youth Mundial would give him an added privilege of selling himself to the watching audience.

The battling midfielder added that he is delighted for the opportunity to feature at the championship, as he also disclosed that Nigerian-born Bournemouth colleague, Dominic Solanke and another teammate, Lewis Cook, both encouraged him with the experience they gained in England’s team that won the last edition in South Korea.

Ofoborh, who made his international youth debut for the Flying Eagles against Egypt last year, is now looking forard to making a bigger impact on a larger scale, as he says Poland 2019 will be an exciting podium for him to show the quality he is made of and add to his career gains.

Dramatically, megasportsarena.com gathered that he had been initially omitted from the provisional roster for the competition, but forced his way into the final 21-man squad list after impressing in a test game against VfR Aalen of Germany.

Ofoborh said: ”I’m buzzing, I’m just really happy to have this opportunity and hopefully I can do my best in front of the whole world.

”I spoke to Lewis Cook about it before the end of the season. I asked him what it was about, how it feels to play in it.

”Knowing about that and watching him and the way he led the team was enough for me.

“I didn’t need that much more information from him or Dom, because they’re great players, I’ve seen what they’ve done.

“Hopefully, I can take that to my team and help them. I’m buzzing for the opportunity.”