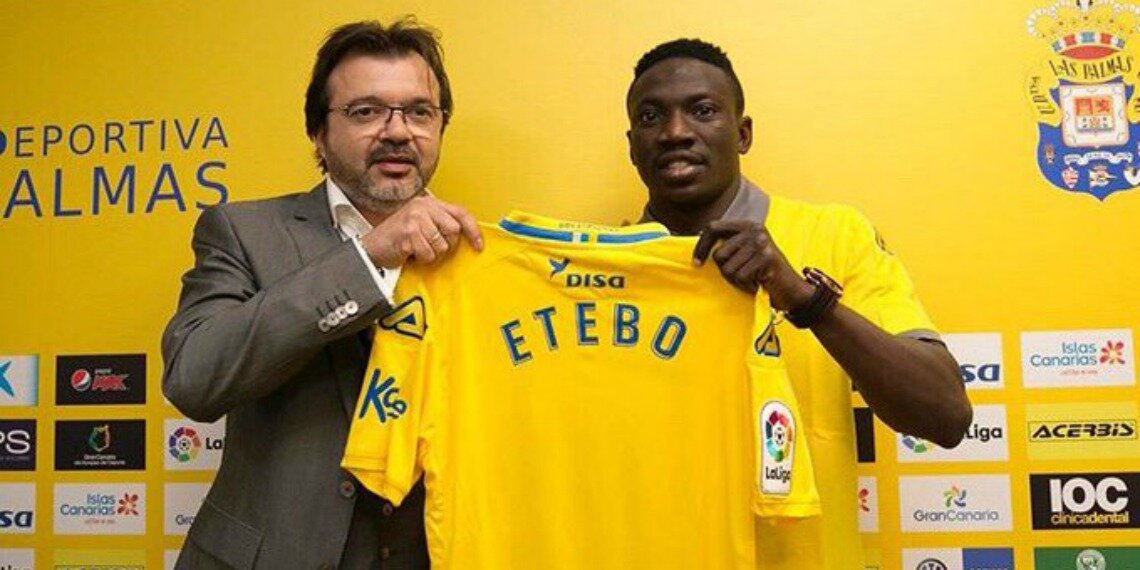 New signing at Getafe of Spain, Oghenekaro Etebo has set his sight on getting an early debut with the Spanish La Liga club this weekend, as he aims for a shirt in the Copa del Rey clash against lower division side, CF Badalona on Saturday, megasportsarena.com reports.

After finally getting confirmation of his loan switch from Stoke City of England to Getafe, following visa hitches that put the move on hold since last week, Etebo has joined his new teammates in training and already thinking big for his first match.

Etebo could make his debut as early as this Saturday in Getafe’s away fixture in The King’s Cup, or wait till next week for a La Liga derby away to Kenneth Omeruo, Chidozie Awaziem and Isaac Makanjuola’s LUD Leganes, against which he will hope to feature for the visitors.

The 24-year-old former Warri Wolves of Delta State, CD Fereinse of Portugal and Las Palmas of Spain battling midfielder arrived in Madrid on Wednesday and immediately went in for medicals before officially signing a six-month loan deal that will run till end of the current campaign.

Etebo, who was accompanied on the trip to Spain by his agent, Ariyo Igbayilola, has been out of favour at Stoke since recovering from a hamstring complaint, which made him miss 14 matches in all competitions and an unused substitute on two occasions, but he now has the chance to feature with Getafe in the Europa League knockout rounds.

There is a golden opportunity for Etebo to get his first feel of European continental club action with the former club of ex-Super Eagles’ striker, Ikechukwu Uche, with a high-profile clash with Ajax Amsterdam of Holland looming for them in the round of 32 next month.

Should Etebo do well in his return to Spain, where he first played on loan at Las Palmas from CD Fereinse, he could opt not to return to Stoke’s BET365 Stadium, as he should be able to play himself into reckoning for an extension of the loan deal into a full contract with The Azulones beyond the summer, as a transfer cause worth around €20m is embedded in his loan agreement.