on: January 29, 2020In: Other sports, other sports, Sports, tennis60 Comments
Print Email 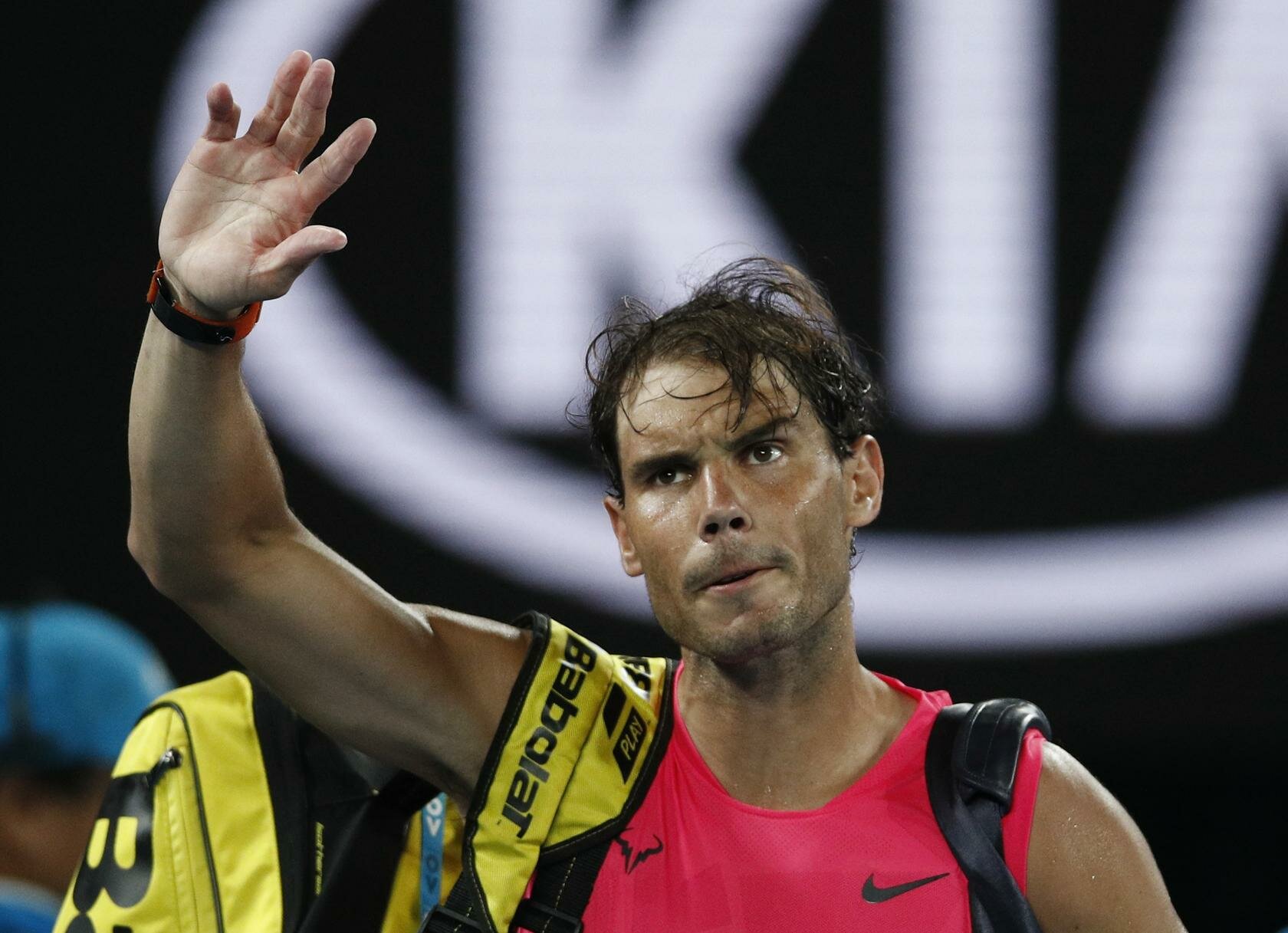 Spanish tennis ace, Rafael Nadal and Switzerland’s Stanislas Wawrinka both crashed out of the 2020 Australian Open on Wednesday, as Austria’s Dominic Thiem and Alexander Zverev of Germany dump them out respectively, megasportsarena.com gathered.

Despite being the top seed for this year’s championship, Nadal was denied a place in the 2020 semi-finals by the highly-ambitious Thiem, who rattled the Spaniard with a powerful display to win a four-set thriller, and will now face Zverev in Friday’s semi-finals match.

It will be a first semi-final in Melbourne for Thiem and Zverev, from which the winner will face either defending champion, Novak Djokovic of Serbia or Switzerland’s third seed, Roger Federer in Sunday’s final.

Thiem missed the chance to serve out the match at 5-4 in the fourth, becoming jittery with three unforced errors and a double fault as Nadal levelled despite doing little to earn it, but the less-fancied Austrian then regrouped to win the third tie-break.

That ended a thrilling contest against the 19-time Grand Slam champion, after which Thiem raised both arms in the air when Nadal hit a forehand into the net on the third match point, clutching and shaking his head in what was likely to be a mixture of relief and disbelief

Thiem said afterwards: “I was holding my serve great and then it came to 5-4. That was a special situation for me, serving against Rafa for a place in the Australian Open semi-finals for the first time. It was a mentally tough situation but I turned it around again in the tie-breaker.”

The 22-year-old German seventh seed beat the Swiss three-time Grand Slam champion, despite losing the first five games in only 16 minutes, as he bounced back to convert five out of 13 break points.

The 34-year-old Wawrinka, who won the Australian Open in 2014, has now been knocked out at the quarter-final stage in three of the past four Grand Slams and, although he started strongly against Zverev, racing through the opening set, winning 16 out of 19 points on his serve, he still could not win it all.

Although Wawrinka’s first-serve percentage was only 32%, Zverev really stepped up in the second, not dropping a point in five service games and breaking once to level at one set all, as it turned into a real climax, after both players lost their opening service games at the start of the third, before the German moved 4-2 up and then served out the set.

He opened up a 4-0 lead in the fourth as Wawrinka sprayed shots all over the court, possibly feeling the effects of two five-set matches earlier in the tournament against Andreas Seppi and Daniil Medvedev.

Zverev, who had not gone beyond the fourth round in Melbourne prior to this year, said: “I don’t know what to say. I’ve done well in other tournaments, I’ve won Masters, I’ve won the ATP Finals, but I never could break that barrier in a Grand Slam. I’m happy to be in the semi-finals. You guys cannot imagine what this means to me and I hope it will be the first of many.”