Erico: No Sane Coach Will Submit His Players’ List To Technical Committee 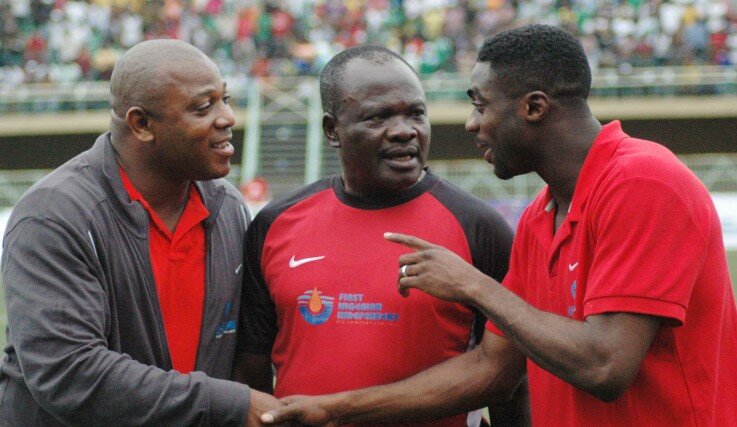 As suspense continues over a new contract for Super Eagles’ handler, Gernot Rohr, as former assistant coach in the Nigerian national team, Joe Erico has frowned at a directive from Nigeria Football Federation (NFF) that the Franco-German tactician will henceforth have to submit his list of invitees to the soccer governing body’s technical committee before making it public, megasportsarena.com reports.

Erico argued that no sane coach would agree to the conditions stipulated by the NFF, as he is of a view that telling Rohr to first deliver his list of players to the technical committee would to a large extent reduce respect for the gaffer and dent the status he has built over time.

The ‘Jogo Bonito Exponent’ went on to declare that the new directive would subject Rohr to external control from technical egg heads at The Glasshouse, while at the same time taking off a lot of authority he used to have and reduce his status as an internationally acclaimed tactician.

The ex-international goalkeeper added during Mega Sports on Star 101.5 FM, Lagos that the new directive would also demean Rohr, as he will not have any free rein and independence of mind to carry out his preferences and desires in his choices of players for each particular match, such that Erico ended with a terse verdict that no credible coach would agree to the NFF’s caveat.

He recounted that a similar scenario almost played out during his days with the Eagles as well as with Stephen Okechukwu Keshi, but disclosed further that they never gave room for extenal copntrol for the NFF’s technical buffs, as they knew the need for confidentiality and the fact that they can only move confidently and faster with their choices left solely in their hands.

Erico opined: “No sane coach will submit his team list to any committee, or whatever they call it. No sane coach will allow any so called committee check his list. That’s what happened during our time, and it did not work, because we did not accept it. I repeat, no coach worth his salt, who knows what he is doing, will first give a committee to cross check it. What for?”