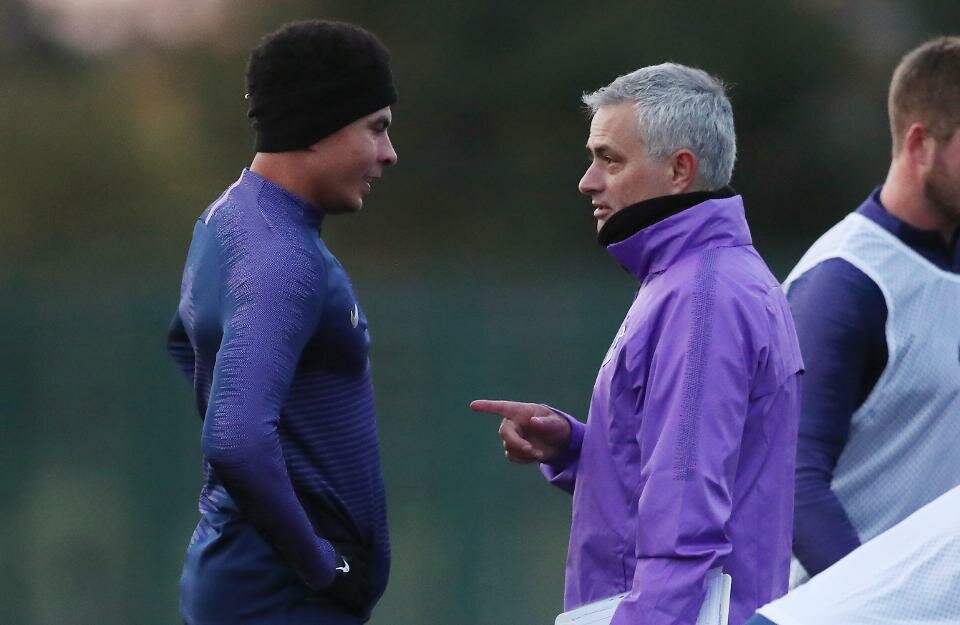 Tottenham Hotspur’s Nigerian-born dazzler, Bamidele Alli has received the charge of stepping into a new role with the team, as their new gaffer, Jose Mourinho insists the half-caste lad is not a midfielder, megasportsarena.com.

With Alli surprisingly returning to top form with a brace of goals in Spurs’ 3-2 win last weekend, Mourinho has stepped up his transformation of trappings in the team by publicly informing the player that he will henceforth line out in attack.

Alli was back at his best to help Tottenham overcome Bournemouth on Saturday and maintain Mourinho’s perfect start, after taking over from Mauricio Pochettino last week, and the new Spurs’ boss celebrated by stating that he wants the lad to take up more scoring positions.

Alli’s double fired Tottenham to a two-goal lead against Bournemouth and they survived a late wobble to complete the win, after which the boss said he wants to see the player high up the pitch and threatening the opposing goal, rather than keep himself lost in midfield.

Mourinho declared: “For me, Dele is not a midfield player. We want him to have the freedom to associate with the attacking players; this is the best position for him. He’s playing really, really well. I couldn’t ask any more of him.

“I didn’t know him. I’d only played against him a few times. I knew the qualities of the players and that’s the direction I went in. For a player of such quality it is not possible that he is not performing at a high level.

“Sometimes they are not at their best level but then I find him a good guy in the group. A good guy. Not a selfish person that thinks only about himself. Not at all. He’s a Spurs boy, a group boy. The group is a good family. They have very good empathy between them.”