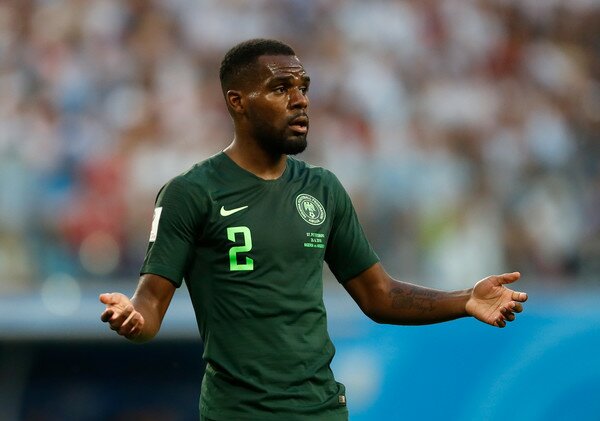 Lokomotiv Moscow of Russia defender, Bryan Idowu and Vitoria Setubal of Portugal midfielder, Mikel Ndubuisi Agu have both been cast in doubt for this year’s Africa Cup of Nations, following their placement as stand-by players in the Super Eagles’ provisional list for the continental spree, megasportsarena.com reports.

While several of the other players that made Nigeria’s squad list to last year’s World Cup in Russia are found in Coach Gernot Rohr’s 25-man list for AFCON 2019, Idowu will have to pray for some one to get injured or withdraw in order to get a look in.

This is so because he has been named in the stand-by roll call along with Agu, Al-Ahly of Egypt striker, Junior Oluwafemi Ajayi and three home-based players, goalkeeper Theophilus Afelokhai, right-back Ikouwem Udoh Utin and central defender Valentine Ozornwafor, who are all from Enyimba of Aba.

Theier chances of making it to the 32nd AFCON appear slim, as Rohr has largely kept faith with player who earned the qualification ticket for him to Egypt 2019 with a match to spare.

Amazingly, though, Utin and Ozornwafor have also been named in the youth national team, Flying Eagles’ final list for the FIFA U20 World Cup, which starts in Poland next week.

Rohr, though, explained that he included Utin and Ozornwafor in his roster because he knows the Youth Mundial will end on 15th June, which is six days before the first match will be played at AFCON 2019.

However, Villarreal of Spain winger, Samuel Chukwueze, who initially looked to face the same dilemma of choice, was earlier left out of the Flying Eagles’ list and has now been invited by Rohr.

All the invited players and officials are to report at Golden Tulip Hotel, Asaba on Sunday, 2nd June, ahead of a build-up friendly with Zimbabwe at Stephen Keshi Stadium on Saturday, 8th June.

The team will depart for Egypt on Sunday, 9th June aboard a chartered aircraft for their final training camp in Ismailia, where they will tackle Africa’s number one ranked team, Senegal in their final pre-AFCON friendly on Sunday, 16th June.

Nigeria will then confront Burundi, Guinea and Madagascar in that order for their first round campaign in Group B at the 32nd AFCON, which is billed to hold in four Egyptian cities from 21st June to 19th July.