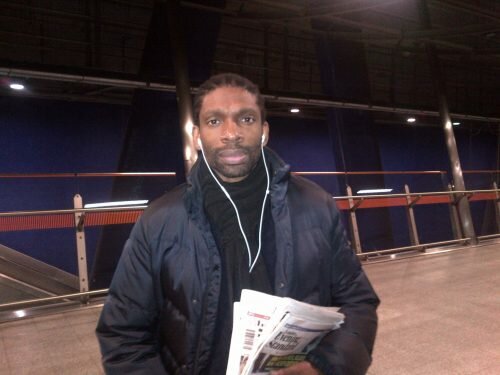 Former Super Eagles striker, Efan Ekoku has hinted that he would prefer Liverpool winning the English Premier League title for the first time, rather than aim for the UEFA Champions League on June 1, megasportsarena.com reports.

With The Reds having qualified for the UCL’s ultimate game in dramatic style, at the expense of Barcelona of Spain, Ekoku admitted everyone is now tipping them to beat Tottenham Hotspur in the final, but stressed that he would also prefer winning the domestic title.

Liverpool stand just a point behind reigning champions, Manchester City, with all teams heading into the last day of the season this weekend, and Ekoku, who starred for Norwich City during his heyday, says he would have loved to see the EPL trophy go to Anfield.

Despite holding five European titles and several other conquests of the old English League, Liverpool are yet to be champions of England in the EPL era, such that Ekoku believes they should concentrate on breaking the jinx this season, rather than concentrate on winning the UCL title.

The ex-striker, full name Efangwu Goziem Ekoku (born 8 June 1967, also played for Merton, Sutton United, Bournemouth, Wimbledon, Sheffield Wednesday, Dublin City and Grasshopper of Switzerland during his days, which also saw him star for Nigeria at the 1994 World Cup, few months after winning the Africa Cup of Nations with them in Tunisia.

He scored Norwich’s first ever goal in European club competition, which came against Vitesse Arnhem of Holland in the UEFA Cup on September 15, 1993 and then, 10 days later, he scored four goals for The Canaries, as they beat Everton 5–1 at Goodison Park, becoming the first player to score more than three goals in an English Premier League game.

He surely knows what it means to win title, but Ekoku, who is now a top-rated television pundit, took to social media to disclose that the bigger delight for him would also be the domestic title in England, which he believes is more prestigious then the elite clubs’ continental laurel.

Ekoku stated: “Funny thing is football. I would still take the league title over European Cup but, as the final approaches, I can’t be fussy.”