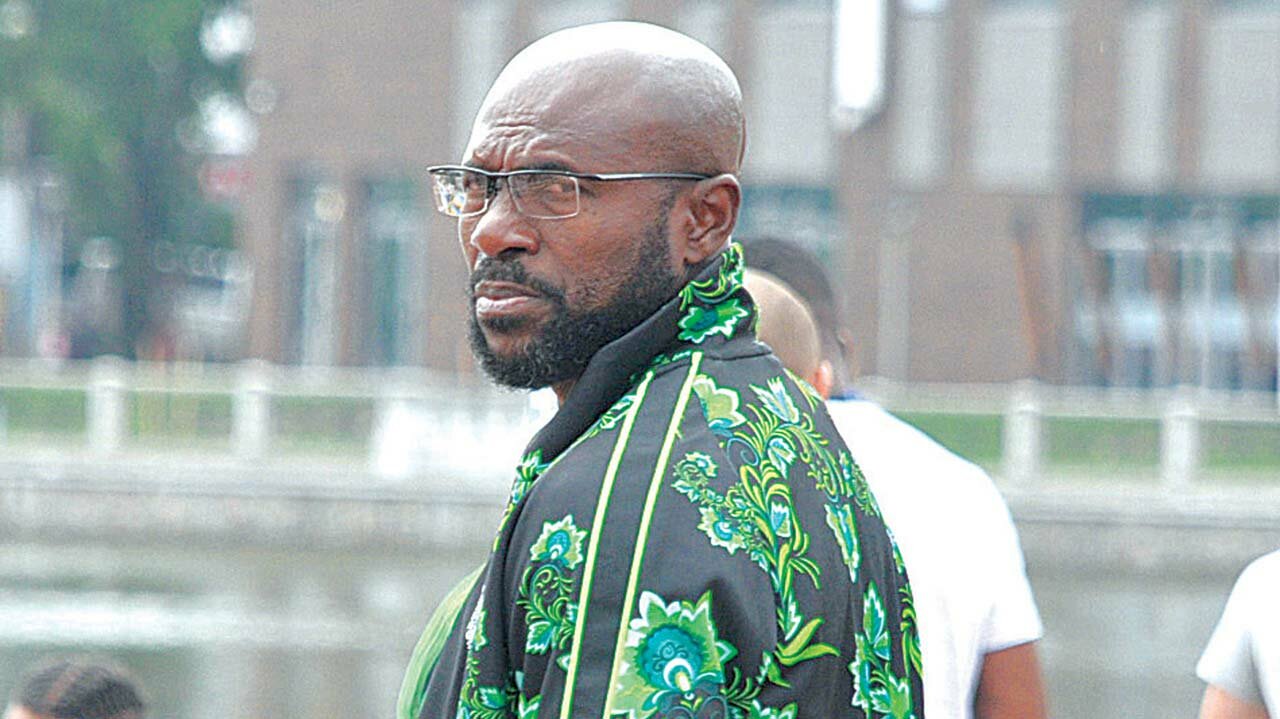 Home-based Eagles’ interim coach, Imama Amapakabo has attributed Saturday’s elimination from the Championship of African Nations (CHAN) to the will of God, as he insists his players gave their best efforts during the game against Togo, megasportsarena.com reports.

The Eagles needed to overturn a 4-1 deficit from the first leg, but they were able to score only two, which the coach says was as a result of their hard work, but believes it was God’s will that Nigeria would not qualify for next year’s CHAN competition in Cameroon.

It was fierce and furious from the first blast of Nigerien referee, Abdoulaye Rhissa Al-Mustapha’s whistle, with the Eagles aware that they needed to score a minimum of three goals without a reply to consign the visitors to elimination, but the hosts’ attacking quartet of Ndifreke Effiong, Sunusi Ibrahim, Sunkanmi Olawoyin and Sikiru Alimi found it tough against the Togolese defence.

In the eighth minute, Alimi, who scored the Eagles B’s only goal in the first leg, scooped the ball from another attack and left his marker for dead before firing past goalkeeper Abdoul-Moubarak Aigba for the first goal of the day.

The goal further spurred the Eagles, and in the 19th minute Aigba was well –placed to save as Sunusi Ibrahim released a fierce shot, while another shot by Ibrahim nearly slipped into the net in the 25th minute, but Messan Toudji cleared off the line.

Four minutes later, another shot by Ibrahim screamed away from goal and, later on in the 31st minute, Ibrahim side-netted after dragging past his marker, and just before half time, Effiong lifted the ball a little too high from a 20 –yard free kick.

In the second half, Togo defended even more stoutly, showing little concern for onslaughts on the Nigerian goal. In the 59th minute, Aigba again saved as Alimi nodded towards goal, then got his and Nigeria’s second of the day with a 71st minute scorcher from the edge of the box off a pass from Ndifreke Effiong.

Nigeria continued to throw everything into the game, looking for the third goal that would send them to Cameroon at the expense of Togo but it never came, despite the boys giving it a good fight, and The Hawks will now make their first appearance at the CHAN finals next summer.

Although Amapakabo went on to admit that his structural and technical approach to the first leg also backfired, as he opted for young players and used the game to prepare for next month’s African U-23 Cup of Nations in Egypt, he stressed that the Eagles could have still beaten Togo by a wider margin had better luck been on their side.

He added during Mega Sports on Star 101.5 FM, Lagos that it was always going to be an uphill task for them, considering the wide margin from the first leg in Lome, but gave huge applause to the players for going out full throttle and with their whole heart, only that their efforts were not just good enough for the desired result at Agege Stadium, Lagos.

Amapakabo stated: “We gave it our all, but I guess our best was not just good enough. But there is always the will of God in everything that you do, and that is what I also saw in this match. All that we do in life, there is the will of God, and that we could not qualify is just God’s will for us.”