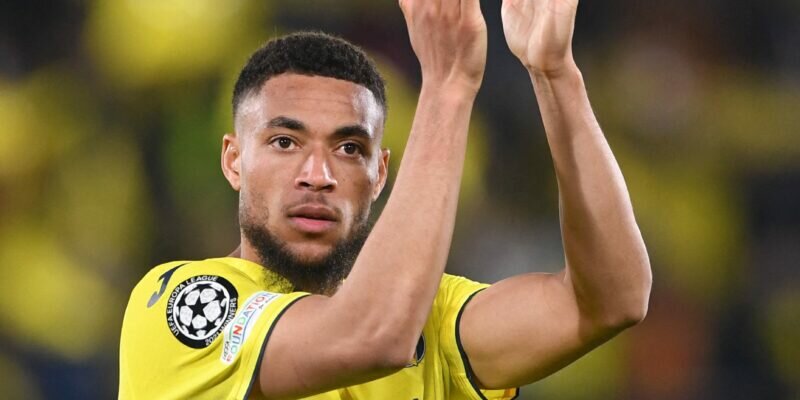 The former Bournemouth winger Danjuma gave the Spaniards a slender advantage going into the return leg by scoring the only goal early in the first half at Estadio de la Ceramica.

Bayern started at a ferocious pace but without creating clear-cut chances and they were stunned on eight minutes when Villarreal scored with their first attack.

Gerard Moreno and Giovani Lo Celso combined down the right and the Tottenham loanee reached the byline and played the ball with the outside of his left foot to Dani Parejo.

From the edge of the six-yard box he prodded it goalwards with a shot that lacked the pace to beat Manuel Neuer but it never reached the Bayern keeper because Danjuma diverted it into the corner for 1-0 his early goal decided the match.

Danjuma scored 17 goals for Bournemouth in the Championship last season; this season he has 14 for Villarreal and his goal after eight minutes stunned Bayern Munich in the 1-0 win.

The Bavarians had not been beaten away from home in the Champions League since 2017 when an Unai Emery-managed Paris Saint Germain saw them off.

Giannis Adetokunbo Relaxes From NBA Action With Jokes About Dads