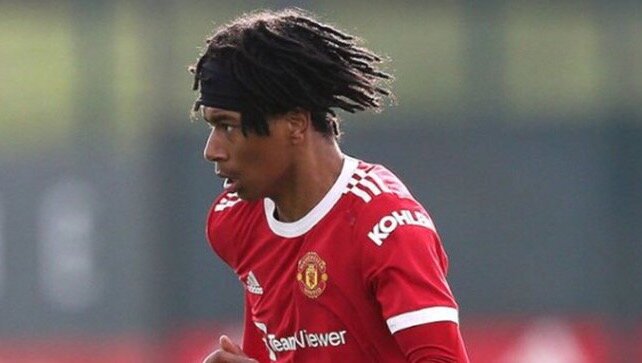 Megasportsarena.com reports that Oyedele was a key member of the club’s successful FA Youth Cup winning side, playing in every match of the competition as his side lifted silverware earlier this month.

Taking to social media in midweek, Oyedele confirmed his new contract as he looks ahead to another important season at the club.

“Happy to sign my first professional contract with @manchesterunited, the hard work continues!” he posted on Instagram along with a picture of himself signing the deal.

Oyedele is the third member of the Youth Cup winning side to sign a professional deal since the final, following on from Tyler Fredricson and Kobbie Mainoo.