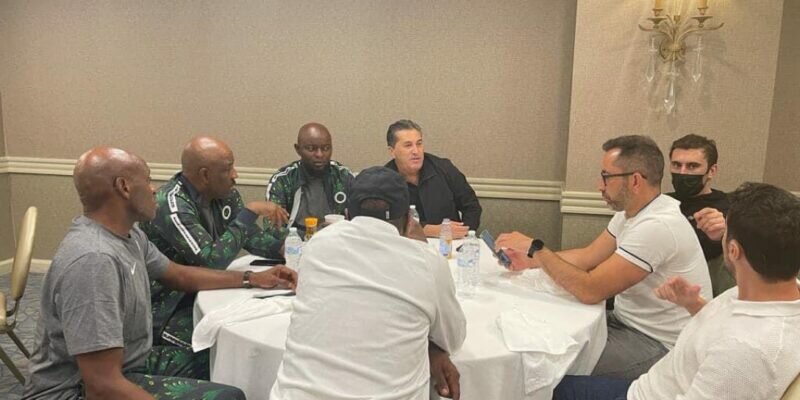 The Super Eagles camp in Dallas, Texas, USA officially opens today (Thursday) and it is already bubbling with life as 13 players are currently on ground for Saturday’s international friendly match with El tri of Mexico at the AT&T stadium, Airlington, Megasportsarena.com reports.

Other invited players are expected in camp this evening.

The delegation from Nigeria arrived Dallas yesterday (Wednesday) and had the players, coaches and backroom staff based in Nigeria.

The Portuguese manager, who also introduced his own men to the Nigerian crew-Maykel Moreira (Fitness Coach) and Acacio Santos(Assistant Coach), will be in the dugout for his first game in charge of the team on Saturday.

The team had dinner with the new head coach who later held a brief meeting with the entire coaching staff.

The squad will have its first training session with Jose Peseiro in charge at 6pm (Dallas, Texas time) this evening (Thursday).