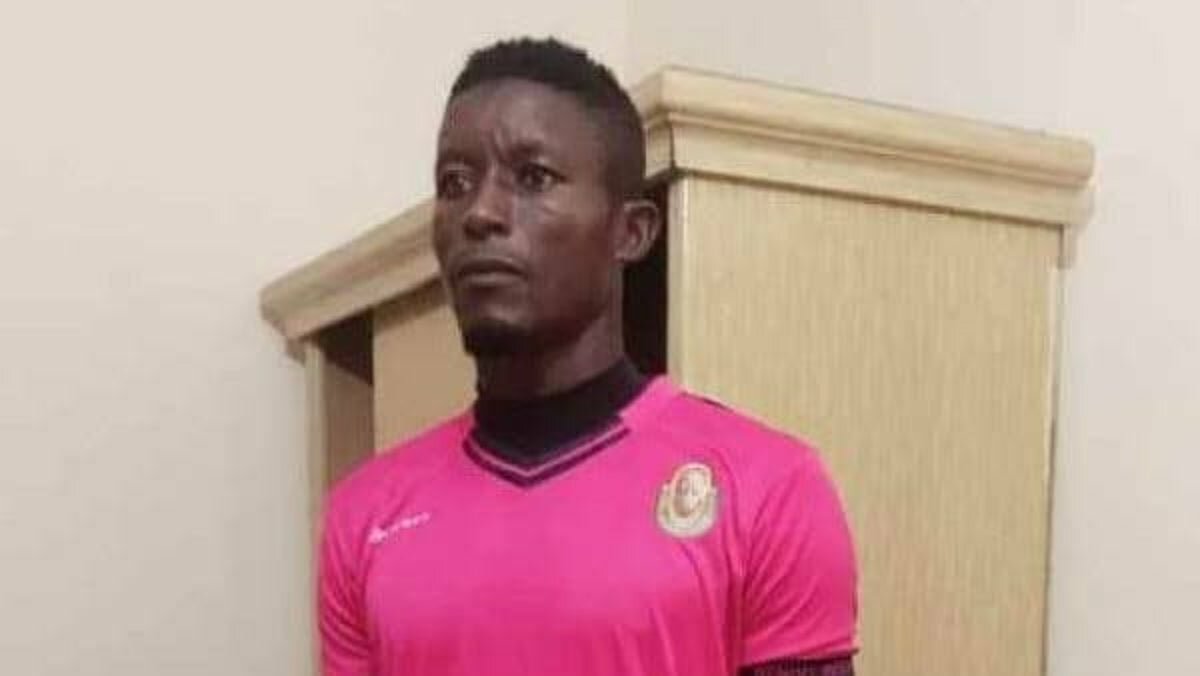 Megasportsarena.com gathered that, before his untimely death, Jalingo was at Federal Teaching Hospital in Gombe, where he received treatment for a serious illness and he later got better, so the doctors who examined him discharged him on Wednesday, May 27.

However, the family’s happiness was short-lived, as Jalingo died 24 hours later, after failing to wake up from his sleep, thereby throwing his loved ones, fans and entire Nigerian football fraternity into shock and deep mourning.

While describing Jalingo’s untimely death as sad and unfortunate, Dare added in a condolence letter signed by his special adviser on media, John Joshua-Akanji, that he was shocked to hear that the27 year old shot-stopper died few days after he was discharged from hospital in Gombe.

The late keeper, who played for Gombe United before moving to Insurance FC, is survived by his parents, wife and children, who Dare prayed will have the courage and strength to overcome the loss of their loved one, while also sympathizing with the entire Nigerian football community over the exit of a talented and promising player in the domestic league.

Dare stated: “The death of Jalingo, goalkeeper with Bendel Insurance of Benin is not just sad, but most unfortunate. For a young player to be cut short in his prime is indeed a monumental loss to not just his family, club, friends, but the entire football community.

“My condolences go to his family, Bendel Insurance, the Nigerian Professional League Board, the Nigerian players Union, friends and the football community. We share in the grief of his family. I pray that God grants them the strength to bear this irreparable loss of not just a loved one, but a talented youngster. May his soul rest in peace.”